Are there Amphetamine Alternatives for Former Addicts?

These effects result from the drug’s ability to activate dopamine and norepinephrine-producing cell sites in the brain, according to the University of Maryland. Amphetamines not only activate these sites, also prevent the brain from reabsorbing excess chemical amounts.

Amphetamine addiction leaves the brain in a chemically imbalanced state, which accounts for the difficulty involved with abstaining from further drug use. Amphetamine alternatives, also known as agonist agents mimic the effects of amphetamines without producing addictive effects. 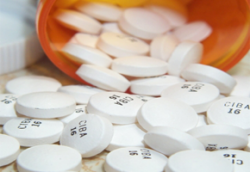 Methylphenidate is an example of an amphetamine alternative.

Methylphenidate belongs to a class of drugs known as dopamine transport blockers. Commonly used to treat ADHD, methylphenidate has shown some promising results as an amphetamine alternative for treating addiction, according to the U. S. National Library of Medicine.

Dopamine transport blockers work in much the same way as amphetamines in terms of blocking the brain’s ability to reabsorb excess chemical amounts. Amphetamine alternatives like methylphenidate offer a controllable means for weaning former addicts off addictive amphetamines. In the process, these effects help restore brain chemical imbalances at a gradual rate.

Bupropion, also a dopamine transport blocker, is used as a treatment for depression, ADHD and smoking cessation. Bupropion also produces agonist effects in terms of its ability to activate dopamine-producing cell sites. As an amphetamine alternative, bupropion’s has almost no abuse potential, so former addicts won’t be tempted to take more than the prescribed amount.

Bupropion produces weaker effects compared to methylphenidate, which limits its effectiveness as a standalone treatment approach. For these reasons, bupropion works best when combined with ongoing behavioral treatments and/or for people coming off mild or early stage addictions.

Modafinil acts as a non-amphetamine-based stimulant commonly in the treatment of sleep disorders. As an amphetamine alternative, Modafinil produces an agonist effect, stimulating dopamine-producing cells.

Modafinil not only simulates amphetamine effects, but also offers a range of cognitive benefits, such as memory enhancement and improved comprehension. These benefits, in turn, better equip former addicts to incorporate behavioral treatment interventions within their day-to-day lives.

Much like alcohol and opiate replacement drugs, amphetamine alternatives work to reduce persistent drug cravings and promote continued abstinence. As these drugs do produce stimulant effects, the risk of addiction remains, though minimal compared to additive amphetamine drugs.

While these drugs are still in the trial stage as addiction treatments, they nonetheless offer alternatives for former addicts having a difficult time in recovery.