The slang name “speed” has taken on a number of identities when it comes to the group of drugs known as amphetamines. Amphetamines encompass an assortment of different substances all of which are known to “speed up” or stimulate the body’s central nervous system processes.

The slang name, speed meth identifies the drug in question and also tells the type of amphetamine. As meth exists as one of the most potent forms of amphetamines, speed meth can cause some serious damage to brain and body processes when used for recreational purposes. Amazingly, in spite of speed meth’s potential for harm, this drug does offer some medicinal benefits.

Of the three types, methamphetamine or speed meth produces the strongest effects on the body.

According to the U. S. Drug Enforcement Administration, amphetamines have been assigned to the Schedule II class of controlled substances simply because of their potential for abuse and addiction. Class-wise, Schedule I drugs carry the highest abuse/addiction potential, though none of these drugs have any known medicinal benefits.

Schedule II class drugs carry some medicinal benefit, though their abuse/addiction potential runs just a little bit lower than Schedule I drugs. However, street-made meth, which is typically much stronger than its prescription counterpart, belongs to the Schedule I class of drugs. These designations make meth a highly addictive drug overall. 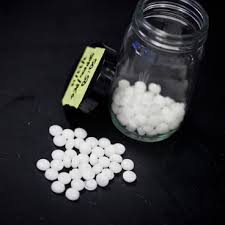 Speed is usually a mix of different kinds of amphetamines and methamphetamines.

In effect, speed meth most resembles cocaine in terms of its mechanism of action inside the brain. Meth stimulates the release of dopamine, serotonin and norepinephrine chemicals, all of which play essential roles in regulating the body’s central nervous system.

Much like cocaine, meth blocks the normal reuptake processes that take place in the brain. Reuptake is the brain’s way of rationing and/or recycling precious neurotransmitter chemicals.

The feelings of euphoria, high energy and perceived invincibility users experience when using meth results from high levels of these chemicals in the brain. Compared to cocaine, meth’s effects have a slower onset, but last considerably longer than cocaine’s drug effects.

Illegal forms of speed meth are cheap and easy to make, using common everyday ingredients. Production takes place in “superlabs” run by drug rings as well as in small-time “meth labs” that can be set up in a home or any other clandestine-type building.

In prescription form, Desoxyn exists as the only methamphetamine-based prescription drug. Desoxyn is used to treat extreme cases of obesity and also ADHD/HDD disorders in children. When taken as prescribed, the risk for abuse or addiction remains relatively low, though this risk increases considerably with long-term drug use.

Since the brain can develop a tolerance to amphetamine drugs in general, long-term use of Desoxyn pushes the brain’s limits in terms of its ability to remain receptive to the drug’s effects. Ultimately, any form of methamphetamine treatment comes with considerable risks considering the powerful effects of this drug.