Amphetamine is made up of two compounds levoamphetamine and dextroamphetamine. The more potent of two is dextroamphetamine and is a common element of ADD, ADHD, and narcolepsy medications. Methamphetamine is a drug produced, illegally, in domestic and foreign labs for recreational use. It is neurotoxic and can cause many health problems including brain damage, chronic psychiatric disorders, and dental problems. Methamphetamine hydrochloride is rarely prescribed because of it health risks, but it is approved by the United States Food and Drug Administration (USFDA) under the trade name Desoxyn.

Amphetamine abuse can lead to serious health consequences, such as rapid or irregular heartbeats, anxiety, paranoia, mood disturbances, psychosis, overdose, or death. Legitimate prescriptions for amphetamines are often diverted to the street for sale and other amphetamines, such as methamphetamine and MDMA, are produced in clandestine laboratories where there is no monitoring of the chemical makeup or dosage potencies and this increases the risks from abuse. According to the National Institute On Drug Abuse “In studies of chronic methamphetamine users, severe structural and functional changes have been found in areas of the brain associated with emotion and memory, which may account for many of the emotional and cognitive problems observed in these individuals.”

There is a wide variety of legal amphetamines produced under various name brands in the United States. The following is a list of the most common legal drugs containing amphetamines and amphetamine compounds that are prescribed for medicinal treatment purposes: 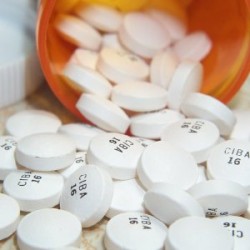 There are many different amphetamines on the market.

Many amphetamine drugs have their own street names as follows: