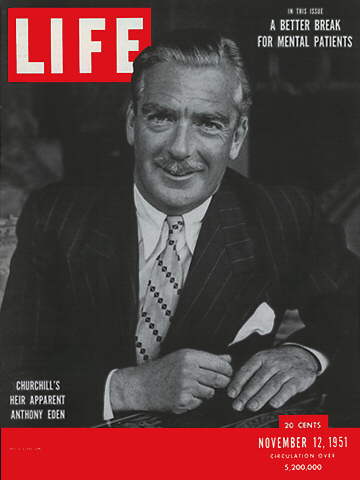 Anthony Eden succeeded Winston Churchill as British Prime Minister in 1955. During the Suez Crisis of 1956, an overwrought Eden “lived on Benzedrine”. The drug undoubtedly impaired his judgement. Its effects may have contributed to Eden’s near-collapse, both physically and emotionally, and his resignation as premier the following year.

Private papers of the Eden family released in 2006 revealed that Eden was actually prescribed Drinamyl. Drinamyl was the cocktail amphetamines and barbiturates better known as “Purple Hearts”. Judgement and insight can be markedly impaired on this product, banned since 1978.