10 Amphetamine Overdose Symptoms You Should be Aware Of

Therapeutic doses of amphetamine are helpful in treating ADD/ADHD, narcolepsy, and obesity, but, the trends of abuse continue to grow leading to increased rates of amphetamine overdoses. In the most recent data collected for the years 2011 and 2012, the Center for Behavioral Health Statistics and Quality (CBHSQ) reports that on an average day, an estimated 850 young adults aged 18 to 25 used “licit or illicit stimulants non-medically” for the first time.

An amphetamine overdose does not necessarily have to involve taking too much of the drug, these types of overdoses can occur in a variety of scenarios and for a number of reasons.

The following, are 10 amphetamine overdose symptoms you should be aware of: 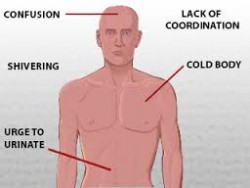 Amphetamine overdose can cause hypothermia.

Amphetamines raise temperature levels to dangerous degrees and can lead to hyperthermia or unusually high body temperatures. Even the smallest amount of amphetamine can cause hyperthermia to the extent that the person becomes severely dehydrated or vital systems and organs begin to malfunction.

Seizures are severe neurological problems and can result in rapid fatality or life-long disabilities including brain damage.

A rapid pulse can lead to damages in the blood vessels or heart valves and increase the risk of severe cardiovascular problems, stroke, or bleeding in the brain.

Tremors and excessive shakiness are forewarning amphetamine overdose symptoms you should be aware of as signs of over-stimulation in the central nervous system which can lead to any number of bodily system or organ failures.

Confusion, poor judgment, fainting, and loss of consciousness are amphetamine overdose symptoms you should be aware. They often preclude or coincide with more imminent dangers.

Uncontrollable anxiety is a common amphetamine overdose symptom that can be a precursor to more dangerous psychological disorders and adverse behaviors.

Loss of coordination, clumsiness, and muscle weakness, slurred or difficult speech can be serious symptoms resulting from neurological and other bodily system malfunctions during amphetamine overdose.

Amphetamine psychosis can present itself through extreme panic, mania, paranoia, hallucinations, delirium, and schizophrenic-like behaviors. These amphetamine overdose symptoms are not only dangerous to the user, but, to others as well.