10 Amphetamine Side Effects To Look Out For

The term, amphetamines, describe stimulants that speed up the body’s systems and include methamphetamine, dextroamphetamine, and prescription medications like Adderall and Ritalin. As psychostimulants, they increase activity in the brain and central nervous system and are prescribed to treat attention deficit disorders and narcolepsy. Amphetamines are also produced illegally and have a high potential for abuse and dependency because they can produce effects similar to cocaine which causes euphoria, excitement, awareness, and extended wakefulness.

Repeat abuse of amphetamines can lead to tolerance and physical or psychological dependence and users risk severe physical and mental health impairments from their abuse. Amphetamines can be taken orally, crushed and snorted, or diluted for intravenous injection. Amphetamine addictions are hard to treat and in most cases, the addict is a poly substance abuser or has a co-existing mental health disorder. them. According to the Drug Enforcement Administration, ”Chronic abuse produces a psychosis that resembles schizophrenia and is characterized by: Paranoia, picking at the skin, preoccupation with one’s own thoughts, and auditory and visual hallucinations.”

10 Amphetamine Side Effects To Look Out For 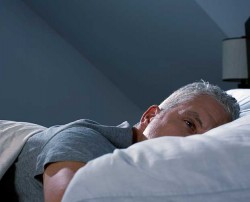 Amphetamines can cause sleep disturbances and mood problems.