Anyone who’s abused amphetamines has likely experienced the mood swings and irritability these drugs cause. Over the course of weeks or months, the effects of amphetamine dependence essentially rewire and restructure the brain’s physical makeup, causing the brain to work differently than it did before.

With continued drug use, fluctuations in mood take on a more permanent state to the point where full-blown mental health problems may well be at work. Under these conditions, getting needed treatment help offers a person the best chance at overcoming amphetamine dependence and regaining control of his or her life.

An amphetamine “high” sets off a chain reaction of chemical effects that alter the brain’s cognitive and emotion-based centers causing feelings of euphoria, increased focus and confidence. These effects stem from an influx of neurotransmitter chemicals as these drugs force brain cells to overproduce neurotransmitter materials in large amounts. 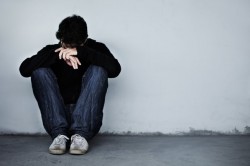 According to BioMed Central, over time, amphetamine dependence brings on bouts of withdrawal, which produce symptoms that are the complete opposite of those experienced when intoxicated. Withdrawal symptoms may include:

Amphetamine dependence develops out of the damage these drugs cause to chemical-producing brain cells. Cell structures continue to weaken and in the process require larger drug doses in order to produce the drug’s desired effects.

This cycle of ongoing cell damage and increasing dosage amounts soon drives a person to bingeing behaviors where multiple doses are ingested all at once. At this point, damage to cell functions increases exponentially creating a disease-like chemical environment in the brain. Under these conditions, mental health disorders start to develop.

According to Medscape, amphetamine-induced disorders include:

In cases of mild to moderate amphetamine dependence, symptoms of the above disorders tend to subside as the drug wears off.

With long-term amphetamine abuse, symptoms of psychological disorder can easily take on a life of their own considering the overall state of chemical imbalance in the brain. In cases where disorder-related symptoms persist for longer than two weeks, a full-blown psychological disorder has taken root. At this point, it’s not uncommon for users to experience hallucinations, ongoing feelings of paranoia as well as frequent feelings of rage.

Over time, the need for some form of treatment help becomes painfully apparent to friends and loved ones, as well as to the person affected. If you or someone you know struggles with amphetamine dependence and have questions about available treatment options, please don’t hesitate to call our toll-free helpline at 800-768-8728(Who Answers?) to speak with one of our phone counselors.