Many consequences of amphetamine withdrawal usually follow compulsive binges in high doses, but, despite the levels of dependence, amphetamine withdrawals can result in dangerous physiological and psychological complications. A medically supervised detox in an inpatient facility is the best way to ensure safety where conditions can be observed around the clock and the necessary interventions can be made right away.

Not all people will experience dangerous complications during amphetamine withdrawal, but, there is no way to predict beforehand, what symptoms will occur and how severe they will become. Unfortunately many people who abuse amphetamines do so with substances such as alcohol, benzodiazepines, or opiates multiplying the risks of adverse effects during withdrawal.

It’s difficult to estimate the amount of damages that can occur within a person’s body where amphetamine withdrawals can lead to serious health risks or exacerbate underlying or co-existing physical or psychological conditions. Those who take amphetamines frequently or ingest them via alternative methods versus orally are at greater risk of harm and withdrawal dangers.

The toxicity of amphetamines, especially if abused frequently, in high amounts, or injected can wear down and damage bodily systems and organs. Fatigue, dehydration, and excessive weight loss are relatively common among amphetamine abusers adding to the severity of the physical dangers that may occur. The most common dangers during amphetamine withdrawals are: 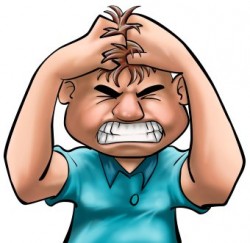 There are a variety of psychological effects to accompany the physical ones.

Amphetamines are central nervous system stimulants that cause both functional and structural damages to the brain when they are abused in high amounts or frequently, which are common traits of an amphetamine abuser. According to the Substance Abuse and Mental Health Services Administration, “the greatest risk from the distinctive stimulant abstinence syndrome is of doing harm to self or others.” Neurological impairments can destabilize psychological processes that control emotions, cognition, memory, and behaviors. Therefore, mental health and safety become primary concerns.

Psychological dangers of amphetamine withdrawal may include: