Is Heavy Amphetamine Use Dangerous?

Any time you use amphetamine medications, just like any other drugs, there is a possibility for risk. However, abusing amphetamines makes that risk higher. Heavy use of these drugs would entail abusing them every day in large doses, something many people do because of the nature of the drugs and how they affect those who abuse them.

Heavy amphetamine use may refer to someone who just takes large doses of amphetamines, but binge use is extremely common trend among stimulant abusers. According to CESAR, “Abuse of amphetamines… is characterized by consuming increasingly higher doses, and by the ‘binge and crash cycle,’ when users attempt to maintain their high by overindulging on these drugs.”

This kind of behavior is incredibly dangerous and can lead to many problems while users are trying to maintain their high. Then, when they experience the crash part of the cycle, they usually become depressed which puts them in danger of suicidal thoughts and other problems (especially if they have been abusing amphetamines for several weeks or longer). 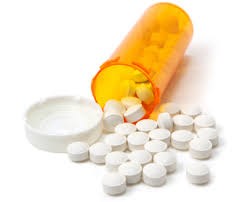 Someone who takes a lot of amphetamines might be binging.

Overdose is much more common when someone abuses amphetamines in the binge crash cycle or generally in heavy doses. While overdose on these drugs can cause many psychological effects including hallucinations, panic, and aggression, the NIDA Teen states, “Taking high doses of a stimulant can raise a person’s body temperature and blood pressure to dangerous levels and make the heart beat irregularly.” A person could actually die from amphetamine overdose by:

You will become addicted much faster if you abuse amphetamines heavily. Everyday use will quickly lead to both tolerance and dependence, to the point where you will want to constantly be taking amphetamines. They will become more important to you than anything else, and you will begin to lose yourself in your drug use.

Because these drugs are so potent, it is illegal to use them in any way other than that which is prescribed by a doctor. But taking them in these high doses over and over will nearly ensure addiction while also causing it to occur more quickly than users will realize.

According to CESAR, “Chronic abuse [of methamphetamine] produces a psychosis similar to schizophrenia and is characterized by paranoia, picking at the skin, self-absorption, auditory and visual hallucinations, and sometimes episodes of violence.” However, methamphetamine is not the only stimulant that can cause this condition; any amphetamine, when abused excessively over a long period of time, can cause this issue to occur.

When someone undergoing stimulant-induced psychosis is brought to a treatment facility, they will often need to be restrained for the safety of both themselves and the staff. It is extremely dangerous to approach someone in this state as their actions will be extremely volatile.

All kinds of amphetamine abuse are dangerous, but taking the drug heavily and often can lead to any of these issues much more quickly. Amphetamines are incredibly potent medications that should not be abused because the consequences of such are severe, and only become worse when a person abuses these drugs more often and in higher doses.