Rises in amphetamine abuse have come from increased diversions of prescriptions amphetamines such as Adderall and Ritalin and clandestine productions have increased the availability and variety of amphetamines sold on the street. In a 2011 report from the Program, “In 2006, an estimated 4.7 million respondents reported nonmedical use of Adderall, whereas 8.2 million respondents reported such use in 2011.” Amphetamines can be taken orally, crushed and snorted, smoke, or injected and depending on these methods, their effects can be intensified and this increases their potential for harm. 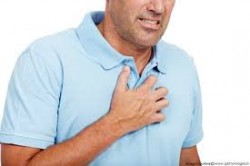 Amphetamines can cause cardiovascular problems on the long term.

Repeated abuse of amphetamines is dangerous and the risks are multiplied when these drugs are used frequently, in high amounts, used in combination with other drugs or alcohol, or used through alternative methods of abuse such as snorting or injecting. Long term physical effects of amphetamines are: