Much like the effects of a strong cup of coffee, amphetamines deliver the same jolting effects and then some. Unlike coffee, amphetamines have the same chemical make-up as adrenalin and noradrenalin, the brain’s own pick-me-up chemicals. In effect, amphetamine drugs cause the brain to release large amounts of these chemicals, which accounts for the “rush” users experience, according to the U. S. National Library of Medicine.

While prescription amphetamines do offer effective treatments for certain types of conditions, such as ADHD and narcolepsy, the abuse of these drugs places users at high risk of physical dependency and addiction. In turn, someone caught up in the addiction cycle greatly increases his or her risk of developing symptoms of amphetamine overdose.

Under normal conditions, individual brain cells secrete adrenalin and noradrenalin chemicals on an “as needed” basis. The brain then recycles unused amounts for use later on. Amphetamine effects not only stimulate the production of these chemicals, but also hamper the brain’s normal recycling mechanisms.

With continued use, needed chemical supplies become depleted while brain cell structures undergo considerable damage in the process. When abused on an ongoing basis, all of this transpires within a fairly short period of time. As these changes unfold, users have to take considerably larger dosage amounts in order to keep experiencing the desired “high” effects of the drug.

Under these conditions, symptoms of amphetamine overdose can happen at any time as each dose places an incredible strain on brain functions as well as on many of the body’s major systems. 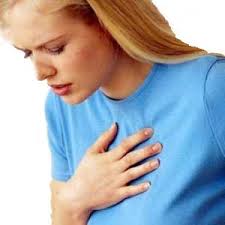 Chest pains and irregular heart function are signs of an amphetamine overdose.

When one or more of these processes is overworked to the point of breaking down, symptoms of amphetamine overdose will likely develop.

Symptoms of amphetamine overdose closely resemble those associated with heatstroke, according to the University of Arizona. In effect, the strain amphetamines place on bodily processes impairs the structures that make up these systems much like heatstroke does.

For any one person, overdose symptoms may include one or more of the following –

The body’s heart functions are most at risk of breaking down simply because amphetamines increase a person’s heart rate and blood flow while also narrowing blood vessel passageways. These conditions greatly increase the likelihood of developing overdose symptoms.