Ephedra and the FDA

The government is considering banning ephedra, an herbal stimulant used in dietary supplements that has been linked to scores of deaths and myriad health problems, the head of the Food and Drug Administration said Thursday.

Commissioner Mark McClellan’s testimony before two House Energy and Commerce subcommittees marked a departure for his agency, which had said it had been prevented from banning such products by a 1994 law that left dietary supplements largely unregulated.

“A ban on ephedra use is in the range of options we are considering,” he told the lawmakers.

McClellan said the agency needs to make sure the evidence it is reviewing, such as studies on the herb and health complaints submitted to companies that use it in their products, could support a ban under the law. The 1994 statute requires the FDA to prove that a dietary supplement is harmful rather than having the manufacturer prove that it is safe, as with drugs. 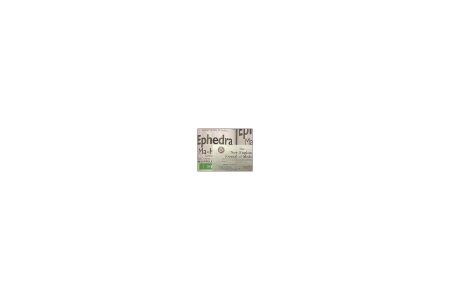 Ephedra, which can be used to lose weight and boost athletic performance, has been linked to as many as 100 deaths. Health problems can include strokes, heart attacks and seizures.

On Wednesday, Health and Human Services Secretary Tommy Thompson said makers of dietary supplements should have to tell the FDA about potential side effects, just as drug-makers do. He urged Congress to revise the 1994 law.

During two days of hearings, lawmakers heard from scientists, health officials, the parents of two people who died after taking ephedra, representatives of pro sports leagues and players, and officials from companies that make products with ephedra.

The head of the major league baseball players’ union told lawmakers Thursday that the sport should not ban dietary supplements containing ephedra unless the government does.

“The position of the players’ association has long been that players should not be prohibited from using any substances that the United States government has effectively determined are not unsafe for consumption by other American consumers,” said Eugene Orza, associate general counsel of the Major League Baseball Players Association.

The issue is particularly relevant to baseball because of the death in February of Baltimore Orioles pitcher Steve Bechler, who was taking a supplement with ephedra. Following Bechler’s death, Baseball Commissioner Bud Selig banned players with minor league contracts from taking ephedra.

After the hearing Thursday, Selig issued a statement urging Congress to regulate ephedra and to re-examine the 1994 law. “The proper venue for the regulation of these dangerous supplements is in Congress,” he said.

Other sports leagues do ban ephedra and test players to make sure they are not using the product. They include the National Football League and Major League Soccer, both of which sent representatives to Thursday’s hearing.

Orza said that a ban on ephedra would violate players’ privacy rights, since they would be subject to random drug testing.

But several lawmakers criticized the union’s stance, saying baseball could act long before Congress does.

“It’s going to take a long time to legislate this. It always does,” said Rep. Cliff Stearns, R-Fla., chairman of the commerce subcommittee. “You in the private sector have the opportunity to act much, much more quickly than that. I don’t know why you’re not rushing to get rid of it.”

The head of a trade group representing makers of dietary supplements questioned the need for the hearings.

“A wealth of scientific information, expert testimony and consumer input already exists, including reports commissioned by the FDA itself, that the agency can use to determine once and for all whether ephedra presents a hazard to public health,” said David R. Seckman, executive director of the National Nutritional Foods Association.

“Whatever the FDA’s ultimate decision on ephedra, we urge the agency to utilize its powers … for a swift regulatory resolution that will put this debate to rest and make hearings such as these unnecessary.”

At Wednesday’s hearing, three past or present Metabolife International officials took the Fifth Amendment and declined to testify. The San Diego-based company makes supplements that include ephedra.

The Justice Department is investigating whether the company lied about ephedra’s safety. The president of the company in 1998 told the FDA that the firm had never received any consumer complaints of serious side effects, but later turned over more than 14,000 records of calls from ephedra consumers with concerns about health-related issues.