How Long Do Amphetamines Stay in Your System

How long do amphetamines stay in your system? A range of factors can affect how long these drugs stay in the body, including:

Amphetamines exist in a variety of forms, both legal and illegal. Legal amphetamines come in prescription form, many of which can be more potent than the illegal forms of the drug.

Some of the more commonly used amphetamine drug types include:

According to the University of Maryland, amphetamines in general contain different combinations of two primary compounds: methamphetamine and dextroamphetamine. As a group, amphetamines speed up central nervous system functions, which accounts for their effects on the mind and body. Between the two compounds, dextroamphetamine produces the strongest effects, so how long do amphetamines stay in your system corresponds with ingredient ratios from drug to drug.

In this respect, how long do amphetamines stay in your system coincides with how strong any one drug may be. The stronger the drug the longer it stays in the body. 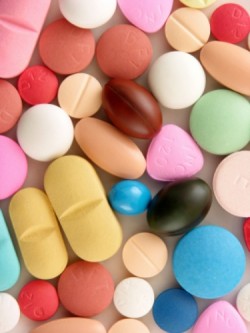 Many factors decide how long amphetamines can stay in one’s body.

Amphetamines work by stimulating neurotransmitter-producing cells in the brain. An amphetamine “high” results from the surge of dopamine and norepinephrine neurotransmitter chemicals entering the brain and central nervous system.

Amphetamine effects also block the re-uptake or recycling of excess neurotransmitter amounts, so chemicals remain in the system longer than they normally would. Under these conditions, an amphetamine “high” effect can last from eight to 24 hours depending on the type of drug and dosage amount.

When asking “how long do amphetamines stay in your system,” it helps to keep in mind the radical changes that take place in the brain and central nervous system as the drug’s effects run its course.

How Long Do Amphetamines Stay in Your System?

According to the National Center for Biotechnology Information, the body’s pH levels influence the half-life duration for amphetamines. A pH level measures the degree of acidity versus alkalinity as far as a person’s body chemistry goes.

How Long Do Amphetamines Stays in Your System Based on Half-Life Cycles?

At the half-life point, amphetamine effects start to taper off. Half-life durations can run from two to 12 hours depending on the type of amphetamine and route of ingestion used.

Chemically speaking, amphetamines act as fat-soluble compounds. This enables them to store up inside the body’s cells and tissues as residue materials once they leave the bloodstream.

Ultimately, how long do amphetamines stay in your system depends on how long it takes the body to flush out these residue materials. Not surprisingly, residue accumulations run higher for people who use amphetamines on a frequent basis.

How Long Do Amphetamines Stay in Your System Based on Routes of Exposure?

Amphetamines can be smoked, injected, snorted or taken in pill form. How long do amphetamines stay in your system can vary depending on the route of ingestion used.

Smoking, snorting and injecting offer the quickest routes for delivering amphetamines into the bloodstream. These methods also tend to produce effects that only last a short while compared to pill form. Overall, the quicker the drug effect, the shorter the “high,” the faster the body can eliminate amphetamines from the system.

People who abuse amphetamines on a regular basis sooner or later start to engage in bingeing behaviors. Bingeing entails ingesting multiple doses at a time in order to maintain the drug’s “high” effects.

In this respect, how long do amphetamines stay in your system has a lot to do with the brain’s acquired tolerance for the drug. In effect, the brain quickly develops a tolerance for amphetamines, driving users to ingest increasingly larger doses over time.

Bingeing practices greatly increase the length of time amphetamines stay in the system as the body’s cells and tissues keep storing up residue materials along the way.

While it may not be possible to pinpoint exactly how long do amphetamines stay in your system, drug-testing tools can detect the presence of drugs within definite time periods. Drug testing tools use urine, blood, saliva or even hair to detect drug use.

Whether or not a particular test can detect amphetamine depends on the type of sample taken and the length of time since your last drug dose. Detection windows go as follows:

Ultimately, how long do amphetamines stay in your system has more to do with your drug using behaviors than anything else. This includes any other forms of drug use since drug metabolism rates can fluctuate when using different types of drugs (or medications) at the same time.