What is the Amphetamine Half Life?

While amphetamines offer a range a treatment benefits, amphetamines exist as one of the most addictive drug classes on the market. Part of the reason has to do with how these drugs interact with the brain and body’s systems.

Ultimately, amphetamine half life affects how long the drug stays in the system, which can have grave implications for chronic drug users.

According to the National Center for Biotechnology Information, amphetamines work as central nervous system stimulants, speeding up chemical activities throughout the body. When ingested, amphetamines stimulate the production of dopamine and norepinephrine neurotransmitter chemicals from individual brain cell sites.

The “high” brought on by amphetamines stays in effect for as long as the drug remains in the system, though intensity levels tend to dwindle once amphetamine half life is reached. Depending on the drug and the amount taken, these effects can last anywhere from eight to 24 hours.

As stimulant-type drugs, amphetamines and cocaine produce near identical effects in the brain. The two drug types do however differ in terms of duration of effects. Classification-wise, amphetamines belong to the Schedule II class of narcotic substances, while cocaine falls under the Schedule I class, the most addictive drugs in existence.

While a cocaine “high” only lasts for one to two hours, amphetamine effects can last much longer. Not surprisingly, amphetamine half life runs considerably longer than cocaine’s, with copious amounts of neurotransmitter chemicals flooding the brain and central nervous system for the duration of an amphetamine “high.” 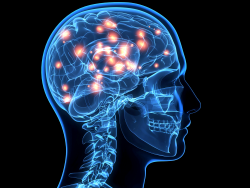 Amphetamine half life is closely related to its effects.

When used for treatment purposes, amphetamines typically come in pill form. For recreational use, amphetamines can be snorted, smoked or injected. The type of method used can shorten or lengthen the amphetamine half life period.

According to the National Highway Traffic Safety Administration, oral administration of amphetamines carries a half life of 10.1 hours on average. When taken in injection form, the average amphetamine half life is 12.2 hours. Part of the reason for these differences has to do with the types of metabolites that form during metabolism, as some metabolites take longer to break down than others.

According to the American College of Neuropsychopharmacology, the average half life for amphetamine falls within the 12 to 14 hour range for people with a pH level of six. The pH scale runs from 0.0 to 14.0 with 0.0 designated as highly acidic and 14.0 high alkaline. A level of six, though slightly acidic, falls towards the middle of the pH scale.

Tolerance Effects on Amphetamine Half Life in Chronic Drug Users

In the case of chronic amphetamine use, half life durations run longer due to the increased tolerance levels chronic users develop over time. Tolerance levels have to do with the brain’s ability to “tolerate” larger doses of amphetamine with ongoing drug use.

With chronic amphetamine use, high tolerance levels not only alter the brain’s chemistry, but also the chemical make-up of the body’s cells and tissues. Part of the reason for this has to do with amphetamine being a fat-soluble material, which enables the drug to move through the membrane materials that encase the body’s cells.

Over time, body cells and tissues develop an affinity for amphetamine allowing the substance to store up inside these areas in residue form. These conditions inevitably extend the drug’s half life duration.

Half life cycles provide a means for determining how long it takes the body to eliminate amphetamine from the system. A half life cycle equals a half-life period, so a half life of six hours would represent one half life cycle.

The number of factors affecting amphetamine half life periods make it difficult to specify an exact time interval across the board. For people required to undergo drug testing, it helps to know the drug detection time windows for any one type of drug testing tool.

Drug tests use different types of samples to detect the presence of drugs, with blood, urine, saliva and hair being the most commonly used sample types. Time windows for each sample type go as follows:

With bingeing, users ingest multiple doses of the drug to produce the desired “high” effects. In the process, the rise in blood pressure and heart rates places an incredible strain on the body’s cardiovascular system, according to the Institute for Substance Abuse Treatment Evaluation. Under these conditions, the risk of stroke and heart attack run incredibly high.