SAN FRANCISCO, April 14 (UPI) — In the past five years, the marketplace of medicines for attention-deficit/hyperactivity disorder has welcomed a host of revamped formulations, preparations and variations on old standbys.

Most of the recent additions come in longer-acting varieties that doctors say eliminate the hassle and privacy issues of lunchtime medicating and the mood swings associated with the kicking back and kicking in of multiple daily drug doses.

The ADHD drug treatment ranks have expanded to include, among others, an extended-release form of McNeil Pharmaceuticals’ Concerta for teens, with the approved dose upped to 72 milligrams a day, and Novartis Pharmaceuticals’ Focalin XR once-a-day capsules for adults, adolescents and children.

Last week the Food and Drug Administration approved the first skin patch for ADHD. The entry from Noven Pharmaceuticals Inc. of Miami and Shire Pharmaceuticals Group PLC, dubbed Daytrana and designed to be worn on alternating hips for up to nine hours at a time in children ages 6 to 12, contains methylphenidate, the same ingredient found in Ritalin. 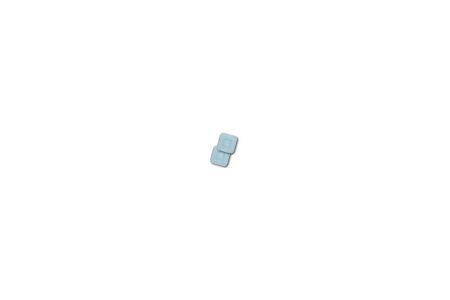 These formulations are usurping the top spot Ritalin once had all to itself.

“Ritalin is the most studied pharmacologic agent we have, known to be safe and effective, but we don’t use (the original form) very much any more because newer preparations have improved the delivery system,” said Donna Palumbo, associate professor of neurology and pediatrics, director of the Strong Neurology ADHD Program and head of pediatric neuropsychology training at the University of Rochester School of Medicine and Dentistry in Rochester, N.Y.

“The problem with Ritalin was it would burst into the system and wear off very abruptly, with that peak and trough of medication going into the child’s system and causing side effects, especially at wear-off.”

Once-daily medicines like Concerta, considered the first effective long-acting stimulant and the most prescribed methylphenidate, work for up to 12 hours — three to four times longer than the original Ritalin and with “much smoother action,” Palumbo said.

These Energizer bunnies of the pharmaceutical world may provide an answer of convenience and flexibility, but they also raise questions about the effects of chemicals that keep going and going in the bloodstream.

“Although the studies reviewed to date suggest considerable promise, more clinically relevant treatment studies are needed that address the relative efficacy, safety and palatability of these new agents,” clinical psychologist Mark Stein noted in a review of innovations in ADHD pharmacotherapy, published in the American Journal of Managed Care.

The first study to look into the effects of daylong dosing suggested the extended-release form of Concerta remained effective in 229 youngsters ages 6 to 13 for up to two years without significant side effects.

The survey, funded by McNeil Pharmaceuticals, the drug’s maker, indicated the treatment had no significant effect on growth, blood pressure, heart rate or other cardiac measures over the study period. However, doctors had to up the dose of the methylphenidate by about 25 percent, in most cases in the first year.

The investigators conjectured the extra lift may have been needed due to the child’s growth, initial adjustment to the medication or such life changes as advancing to a more difficult school level, switching teachers or encountering family problems.

The authors acknowledged possible bias in the results because, among other drawbacks, the study was “open-label” and not “placebo-controlled,” meaning all the children got the medication and all the evaluators of their effects knew it. In addition, most of the child testers had previously used the drugs with success or, at the very least, with no seriously negative fallout.

Skeptics would like to see the results repeated in more scientifically rigorous examinations pried loose of any interests with a financial stake in the outcome.

“Stimulant medications are far more dangerous than most practitioners and experts seem to realize,” he said, reiterating the message he brought before the House Subcommittee on Oversight and Investigations during a 2000 hearing on behavioral drugs and the educational system.

The meeting was called to look into the extent to which school staff recommend and requisition pharmaceutical interventions for disruptive youngsters, including hard-to-manage — and difficult-to-diagnose — preschoolers for whom drugs like Ritalin are not FDA-approved.

Critics have been so outspoken about their concern over growing influence and involvement of campus personnel in the medicating of students, they’ve caught the ear of some policymakers.

On June 28, 2001, Connecticut became the first state to pass a law prohibiting teachers, guidance counselors and other school employees from suggesting Ritalin or other psychiatric medicines to parents.

The stated intent was to ensure the first mention of medication comes from a suitably trained and skilled physician.

At least 15 other states have approved or introduced legislation or resolutions that bar school employees from recommending psychotropic drugs, especially as a requisite for remaining in class, and that safeguard parents from legal consequences for declining drug treatments for their children.

Educators’ venture into such a traditionally nonacademic arena traces back to 1965, when the passage of the Elementary and Secondary Education Act seeded the social-services side of schooling. Federal funding opened the campus gates to psychiatrists, psychologists and social workers and the classroom doors to psychiatric programs and testing.

The movement bloomed in 1991 when revamped eligibility rules for federal education grants began providing schools with $400 per annum per child diagnosed with ADHD, a condition the federal education department had just classified as a handicap.

Within two years, the number of such diagnoses jumped three-fold, from 1 million to 3 million, accompanied by a 400-percent leap in Ritalin production, then-Rep. Bob Schaffer, R-Colo., noted in his opening remarks to the subcommittee.

Breggin cautioned against medicating children with stimulants, which he described as harbingers of harm that may not only produce immediate ill effects but also serve as a gateway to additional mind medications.

“Stimulant-induced over-stimulation, for example, is often treated with addictive or dangerous sedatives, while stimulant-induced depression is often treated with dangerous, unapproved antidepressants,” he testified. “As the child’s emotional control breaks down due to medication effects, mood stabilizers may be added. Eventually, these children end up on four or five psychiatric drugs at once and a diagnosis of bipolar disorder by the age of 8 or 10.”

Half a decade later, a review of 10 years of scholarly articles on pediatric polypharmacy showed across-the-board jumps in the practice of prescribing two or more medications for psychiatric symptoms in children.

The study, conducted by scientists from the Bradley Hasbro Children’s Research Center in Providence, R.I., and Brown Medical School, raises serious concerns about the unknown side effects of the drug combinations, the authors wrote in the journal Psychiatry 2005.

“This is a critical issue — it’s not uncommon to find a child on an antidepressant, a mood stabilizer and a sleep agent all at the same time, but there’s no research to see how these drugs interact with each other,” said study co-author Dr. Joseph Penn, echoing some of Breggin’s long-held misgivings.

All the studies Penn and colleagues analyzed documented a progressive rise in multiple prescriptions for pediatric patients, yet the medical library shelves are virtually bare of research that would justify the practice, the team concluded.

“I am very concerned,” said Penn, director of child and adolescent forensic psychiatry at Rhode Island Hospital, director of psychiatric services at Rhode Island Training School and clinical assistant professor of psychiatry and human behavior at Brown. “Most psychoactive medications prescribed for children and adolescents do not as yet have specific approval by the FDA; such approval requires research demonstrating safety and efficacy. Such research so far lags behind the clinical use of these medications.”

According to the comprehensive review, the most frequent combinations pair up stimulants such as methylphenidate (Ritalin) or dextroamphetamine (Dexedrine, Adderall) with another psychotropic medication.

If the exact nature and mechanisms of any one of the drugs remain unclear, how much more open-ended are questions regarding their mixed effect, Penn wondered.