Study Warns of Side Effects For Preschoolers Taking Ritalin

A new study suggests that preschoolers may be more prone to side effects from Ritalin, a popular drug for attention-deficit disorder.

There were benefits for children who had severe ADHD, researchers said, but children under the age of six on Ritalin need close monitoring due to their increased risk for side effects compared to older children.

The study was the first long-term government study of the drug’s effects on children of that age group and was prompted by reports of the soaring number of preschoolers that are being given psychiatric drugs, including Ritalin.

The study’s message is “proceed with caution” said Thomas Insel, director of the National Institute of Mental Health. “We’re not talking about fidgety three-year-olds,” said Dr. Insel, whose agency funded the study.

The research involved children with severe attention-deficit-hyperactivity disorder with behaviors that included hanging from ceiling fans, jumping off slides or playing with fire. The researchers say the benefits of low-dose treatment outweigh the risks for these youngsters.

But critics disputed that. “I hope publication of this does not lead to more overprescribing,” said Sidney Wolfe of the watchdog group Public Citizen. “The safety isn’t adequately established, the efficacy even less.”

About 40% of children developed side effects and roughly 11% dropped out because of problems including irritability, weight loss, insomnia and slowed growth. Preschoolers on methylphenidate, or generic Ritalin, grew about half an inch less and gained about two pounds less than expected during the 70-week study.

“This is a catastrophe. It just opens up the way for drugging the younger kids,” said Peter Breggin, a New York psychiatrist and longtime critic of psychiatric drug use in children. Dr. Breggin said the research is part of a marketing push by the drug industry to expand drug use to the youngest children. 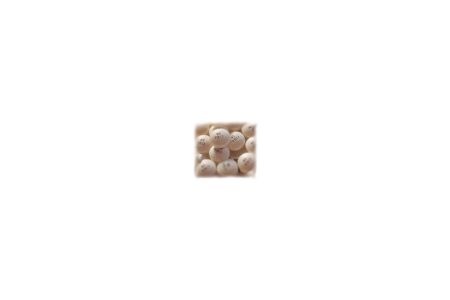 The study appears in the November edition of the Journal of the American Academy of Child and Adolescent Psychiatry. Several of the researchers have financial ties to makers of ADHD drugs, including Ritalin.

Lead author Laurence Greenhill, a psychiatrist with Columbia University and New York State Psychiatric Institute, has been a paid speaker for most companies that make the drugs.

Roughly 8% of U.S. children have ADHD, including around 3% of preschoolers. Previous research found that about one in 100 preschoolers had been prescribed Ritalin, which has only been approved for use in children aged six and older. Use in younger children is considered “off-label” but is not illegal.

David Fassler, a psychiatry professor at the University of Vermont, said the study does a good job of outlining pros and cons of Ritalin treatment in preschoolers. “This is exactly the kind of information we need to help parents make informed decisions about treatment options for young children with ADHD,” Dr. Fassler said.

The study involved 10 weeks of behavioral treatment including parent training, then 70 weeks of drug treatment. Nearly 300 families were enrolled but many dropped out after the first phase, either because the behavior treatment worked or because they didn’t want to put their children on drugs. The drug phase started with 165 children, more than a dozen dropped out because of side effects.

Behavior improvements were seen in children taking 7.5 to 30 milligrams daily, but the optimal dose was 14 milligrams daily — less than half the usual Ritalin dose for older children, Dr. Greenhill said.