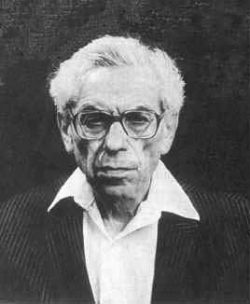 Paul Erdős (1913-1996), “the man who loved only numbers”, was one of the most brilliant and prolific mathematicians of the twentieth century. Erdős spent much of his restless life on psychostimulants. As he once remarked, “A mathematician is a device for turning coffee into theorems.” [some sources attribute the original quote to Erdős’ friend and fellow Hungarian mathematican Alfréd Rényi.]

But Erdős liked stronger medicine too. After his mother’s death in 1971, Erdős became quite depressed. His physician prescribed amphetamines. Erdős took Benzedrine or Ritalin almost every day for the last twenty five years of his life. Sometimes he took both.

Long-term use of amphetamines often exacerbates depression. When used chronically, too, amphetamines usually induce stereotyped thought and behaviour rather than creativity. But Paul Erdős seems to be an exception. He felt living on speed helped him to create maths. At an age when most mathematicians have long since burnt out, his output was certainly prodigious.

Strong dopaminergic drugs also tend to provoke or exacerbate obsessive-compulsive behaviour. Here their effect on Erdős may be more typical. Erdős hated to be touched; and he washed his hands some 50 times a day.

Colleagues worried that Erdős might have become addicted. In 1979, he accepted a $500 bet from his friend Ronald Graham. Graham challenged Erdős to abstain from speed for 30 days. Erdős met the challenge, but his output sank dramatically. Erdős felt the progress of mathematics had been held up by a stupid wager.

In an article by Paul Hoffman published in November 1987, Atlantic Monthly profiled Erdős and discussed his Benzedrine habit. Erdős liked the article, “…except for one thing…You shouldn’t have mentioned the stuff about Benzedrine. It’s not that you got it wrong. It’s just that I don’t want kids who are thinking about going into mathematics to think that they have to take drugs to succeed.”