Amphetamines are sometimes called “speed” or “uppers”. They stimulate the central nervous system and become performance enhancing drugs. The most common amphetamines are Benzedrine, Adderall and Dexedrine. These are drugs that prescribed for ADHD.  When they are abused they can become very dangerous and even life threatening.

One of the very common physical effects of Amphetamines is muscle tension. The pain in the person muscles can sometimes be so painful that it is hard for them to even stand. If the muscle tension is in the head muscles, it can cause their jaw to clench and them to start grinding their teeth. This can lead to more serious dental issues such as damaged teeth and gums.

When amphetamines enter into the body, they will stimulate the production of hormones. These hormones are responsible for the bodies natural crisis response, called “fight or flight”. This will increase the blood pressure in their body and can lead to more damaging cardiac problems such as damage to the walls of the heart and cause them to even have a heart attack. The physical effects of amphetamines on the heart can also lead to tachycardia and arrhythmia. 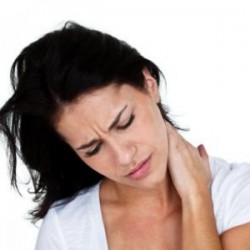 The effects of amphetamines can be managed!

Insomnia is another common physical effects of amphetamines. This is because the drug will help the person stay awake for days. When the body has stayed awake for days, they will start to become very tired and have a feeling of fatigued. Some people who are severely users will continually use for an attentional high that will last for an attentional 4 to 8 hours a time. When their body finally goes into “crash” that will then sleep for days at a time.

Hyperactivity is not any stranger to the physical effects of amphetamines. When a person takes amphetamines, they are going to get the same effect as if they were consuming caffeine. The amphetamine will cause the person become very hyper and active for a period of time. They may become restless and not be able to sit down for long periods of time. The effects of amphetamines will last longer than cocaine or even just caffeine. Amphetamines are often used to increase alertness and concentration but when abused they can deliver harmful effects with a person’s activity level.

When amphetamines are used only in therapeutic doses, they will rarely cause seizures. According to the US National Library of Medicine, when the drug isn’t used correctly and misused, seizures can become one of the most serious physical effects of amphetamines. It is more common for a person to experience tremors, hallucinations and dyskinesias before they will experience a seizure. It is more commonly found that people who also took an antidepressant along with an amphetamines, would experience a seizure.

One of the physical effects of amphetamines a person may experience is either diarrhea or constipation. Even though both are opposite of each other, they can both be very uncomfortable and lead to other problems. Amphetamines can cause severe dehydration which can lead to these two very uncomfortable symptoms. When going through withdrawal it is important to make sure that the person drinking plenty of fluids, especially water.