Amphetamine and cocaine increase the risk Of stroke in young adults 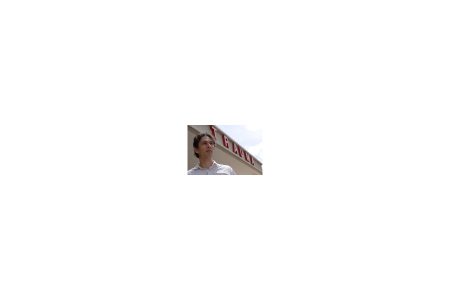 An analysis of risk factors and trends among stroke victims in this age group pointed to an increase in substance abuse as a major danger, particularly in the abuse of methamphetamines, which are produced in illegal drug labs or illegally imported into the country.

Amphetamines are stimulants, often prescribed for various medical uses as well as used illegally as drugs of choice or as performance enhancers. Methamphetamines (meth) produce more potent, longer lasting and more harmful effects to the central nervous system than other members of the amphetamine drug class at comparable doses, according to the National Institute of Drug Abuse.

“Using amphetamines or cocaine significantly increases an individual’s risk for a stroke,” said Dr. Arthur Westover, an instructor of psychiatry at UT Southwestern and the study’s lead author. “If we decrease the number of people who are using these substances, then we likely can decrease the number of strokes in this younger population. The implication is that it’s preventable.”

The study focused on two kinds of strokes: hemorrhagic and ischemic. Most strokes ( which involve a sudden interruption in the blood supply of the brain ) are ischemic, caused by an abrupt blockage of arteries leading to the brain. Hemorrhagic strokes, on the other hand, result from bleeding into brain tissue when a blood vessel bursts.

An evaluation of patient study data from 2003, the first year that U.S. hospitals were required to make a distinction between the two types of strokes in their diagnoses of stroke victims, showed that young people who abuse amphetamines are five times more likely to have a hemorrhagic stroke than non-abusers. If cocaine is abused, the person’s likelihood of having either a hemorrhagic or an ischemic stroke more than doubles.

In addition, the 2003 data showed that more than 14 percent of hemorrhagic strokes and 14 percent of ischemic strokes were caused by abuse of drugs, including amphetamines, cocaine, cannabis (marijuana) and tobacco.

“Basically, speed kills,” said Dr. Robert Haley, the study’s senior author and chief of epidemiology at UT Southwestern. “And meth seems to be increasing as the preferred drug of abuse among the youngest population” people who don’t always know its dangers, often thinking it’s fairly safe.

“This is the first study large enough to confirm the link that meth kills by causing strokes. We hope that our findings will lead to getting the word out to young people who are tempted to use meth, explaining that the drug is extremely dangerous and can kill them.”

Also involved in the study was Dr. Susan McBride from the Dallas-Fort Worth Hospital Council in Irving. The study was supported in part by a grant from the National Institute of Mental Health.