Modafinil vs. Adderall: Differences and Similarities That Shouldn’t Be Overlooked

A good majority of prescription amphetamine drugs are designed to correct for brain chemical imbalances brought on by conditions like ADHD. The chemical make up of these drugs has a therapeutic effect in terms of helping ADHD suffers live normal, productive lives.

While considerable differences between Modafinil vs. Adderall do exist, their classification as prescription amphetamines means both drugs can be harmful in their own ways when abused on a regular basis.

Please feel free to call our toll-free helpline at 800-768-8728(Who Answers?) if you need help finding a drug rehab treatment program.

According to the National Institute on Drug Abuse, amphetamines produce stimulant-type effects in terms of their ability to speed up chemical activities in the brain. A good majority of these drugs act on dopamine production rates in particular.

Any drug capable of increasing or stimulating dopamine levels automatically taps into the areas of the brain most affected by addiction. In effect, dopamine influences a range of bodily processes, including:

The combined effects of these changes can have a considerable bearing on how a person thinks, behaves and perceives his or her surrounding environment. All of these factors come into play with addiction. 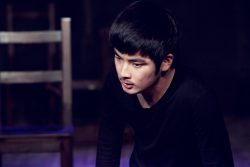 Both Modafinil and Adderall have a high potential for abuse and addiction.

Effects in the Brain

Differences between Modafinil vs. Adderall lie in how they interact with the brain’s chemical processes.

Modafinil’s ability to stimulate multiple chemical processes at once is intended to produce different types of effects than Adderall.

As one of the most commonly used treatments for ADHD, Adderall’s effects enable ADHD sufferers to experience improved focus, concentration while settling hyperactive tendencies. While effective, it’s especially important to take Adderall as prescribed or else the more harmful effects of the drug will take shape.

In terms of Modafinil vs. Adderall, Modafinil is used as a treatment for sleep disorders, such as narcolepsy and shift work sleep disorder. This difference in therapeutic effects has a considerable bearing on each drug’s abuse and addiction potential.

When considering Modafinil vs. Adderall, the fact that both drugs work to alter the brain’s neurotransmitter processes speaks to a very real potential for problems to develop down the road in cases of frequent or long-term drug use. While one drug may treat ADHD and the other sleep disorders, the overall impact of drug abuse practices works towards the same ends.

Overall, Modafinil’s addiction potential runs considerably lower than Adderall. That being so, someone who abuses Modafinil on a long-term basis will likely develop an addiction to the drug.

As far as Adderall goes, it doesn’t take very long at all before drug abuse practices bring on a full-blown addiction problem.

If you or someone you know are considering drug rehab treatment and need help finding a program that’s right for you, call our helpline at 800-768-8728(Who Answers?) to speak with one of our addiction specialists.