Adderall is a category II narcotic prescribed primarily for treatment of Attention Deficit Disorder (ADD), Attention Deficit Hyperactivity Disorder (ADHD), and Narcolepsy. It is classified as a stimulant or amphetamine. The use of Adderall to treat the symptoms of the above disorders has been very effective. Unfortunately, because of its properties, it has the potential to create a physical and mental addiction for users. Adderall more recently has come to be known as the ‘Study Drug’ used primarily by high school and college student to help them focus and keep them alert and awake. These top five Adderall addiction symptoms in the following three categories may help you to determine if you should seek help.

Adderall addiction symptoms from a social perspective are very similar to other substance abuse symptoms. According to the Substance Abuse and Mental Health Services Administration (SAMHSA) at least 7% of all college students aged 18-22 have used non-prescribed Adderall in the last year (College use of Adderall). This certainly can be described as discretionary use, but most admit it was used not just for studying but recreational purposes. Drug-seeking goes hand in hand with non-prescribed use. Finding and paying for Adderall illicitly is an indicator that you may ‘need’ to take the drug because of dependency. 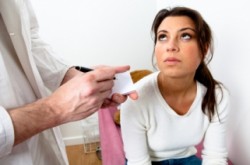 Seeking drugs from multiple doctors and running out of prescriptions early are signs of addiction.

According to the Coalition against Drug Abuse there are many physical signs of Adderall addiction (Adderall Addiction Symptoms), but the most prevalent tends to be insomnia and nervousness. The properties that make up Adderall are amphetamine and dextroamphetamine, both are stimulants much like methamphetamine or ecstasy. These properties cause loss of sleep which can affect both mental and physical dexterity. Prolonged loss of sleep can cause hallucinations and extreme exhaustion. Nervousness can equate to high anxiety levels, paranoia, even limit decision-making.

According to Dr. Michael F. Larson, there are a myriad of psychiatric disorders that can be caused by prolonged amphetamine use or addiction including but not limited to psychosis, psychosis with delusions, and delirium (Mental/Emotional Symptoms). These may seem extreme, but according to the same study these symptoms have presented in children receiving as low a dosage as two milligrams. It should come as no surprise then that adults taking unrestricted doses outside of prescribed timeframes could easily suffer psychotic breaks, hallucinations, and delusions. If you fin you’ve experienced any of these Adderall addiction symptoms, seeking help is imperative to your mental and emotional health.

These Adderall addiction symptoms are a warning to seek treatment. Each symptom experienced has the ability to dramatically change the quality of life for the addict. Adderall addiction does have consequences. Whether it is incarceration, sleeplessness, nervousness, psychotic episodes, hallucinations, or delusions, each has the power to radically affect the normalcy of activities of daily living. These symptoms have the ability to negatively affect those within your sphere of influence and can mean the loss of relationships important to your mental well-being.