Recognizing the Signs of Dextroamphetamine Addiction

Dextroamphetamine is an amphetamine marketed in the United States as Dexedrine, Dextrostat, and Dexamphetamine. It is a Schedule II drug and with a high potential for misuse and a high dependence probability only available, legally, by prescription. Commonly prescribed for treatment of attention deficit-hyperactivity disorder (ADHD) and narcolepsy, it has also been prescribed for other conditions such as weight loss.

According to The National Institute on Drug Abuse, “Scientists propose that there is less dopamine transmission in the brains of persons with ADHD when compared to other individuals.” and individuals with ADHD are at low risk for Dextroamphetamine Addiction because taking the drug makes up for the shortfall. However, those who don’t have ADHD have a high potential for addiction because they experience a “high”, similar to cocaine, where the euphoric effects of excess dopamine act as a reward on their central nervous system. 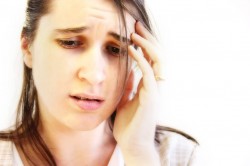 If you are struggling control your dextroamphetamine intake an addiction may be developing.

An addict who suffers from Dextroamphetamine Addiction can easily obtain these drugs on the street from an ever increasing number of prescriptions which are diverted for sales, daily. On the street, the pills are known as “go-pills,” “pep pills,” “speed,” and “uppers.

The duration of the “high” Dextroamphetamine presents lasts longer than cocaine and these pills are, increasingly, in high demand, especially among teens, adolescents, and college students who now, abuse them regularly. If you have experienced any of the following signs while using Dextroamphetamine, you may have a Dextroamphetamine Addiction.