Anyone who’s used amphetamines on an ongoing basis well knows how powerful these drugs can be. As one of the most powerful stimulant-type drugs in existence, dextroamphetamine can quickly take over the brain’s normal chemical processes. With months or years of dextroamphetamine abuse, the need for treatment becomes painfully apparent as a person’s life starts to fall apart. 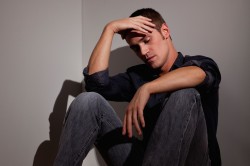 Dextroamphetamine abuse can cause severe depression and anxiety.

Like most every drug in this class, dextroamphetamine works by speeding up chemical processes in the brain and central nervous system. With dextroamphetamine abuse, the effects of these interactions can quickly spin out of control.

Dextroamphetamine works through its ability to stimulate neurotransmitter production from certain key groups of brain cells. For people engaging in dextroamphetamine abuse, these effects cause damage to cell structures, making them less sensitive to the drug’s effects. This loss of sensitivity prompts users to increase their dosage amounts and frequency of use to ensure they experience the desired effects of the drug.

Withdrawal episodes develop out of the damage done to brain cell functions, which inevitably leaves the brain unable to manage the body’s systems as normal. According to the National Institute on Drug Abuse, once withdrawal symptoms take shape a person has developed a physical dependency on the drug. This can happen quickly with dextroamphetamine abuse.

Compared to other drug classes, such as opiates and sedatives, tolerance level increases can progress at a much faster rate for amphetamines, especially dextroamphetamine based varieties. When this happens, users have to engage in bingeing behaviors which entail ingesting multiple drug doses in rapid succession in order to experience the drug’s effects. Bingeing practices in general place users at considerable risk of developing serious health problems as the body’s system is functioning on overdrive on a continuous basis.

The Need for Treatment

It’s easy to see how dextroamphetamine abuse can take over one’s life in a fairly short period of time. Without needed treatment help, a person experiences ongoing decline in his or her physical and psychological well-being. Before long it becomes near impossible to manage the affairs of everyday life.

If you or someone you know struggles with dextroamphetamine abuse and have questions about drug abuse and/or addiction, please feel free to call our toll-free helpline at 800-768-8728(Who Answers?) to speak with one of our phone counselors.