Accepted forms of amphetamine usage have undergone considerable changes over the past 80 years. What was once an often prescribed treatment for fatigue and low energy levels has been limited to treating ADHD, narcolepsy and in some cases, depression. Once the abuse and addiction potential of amphetamines became known, their medicinal uses dwindled considerably.

Unfortunately, the label “prescription amphetamines” leads many to view these drugs as relatively safe to use as one sees fit. As legal amphetamines, these drugs pose no less of danger than illegal drugs of the same kind.

While legal amphetamines pose little risk when taken as prescribed, these drugs can disrupt brain chemical processes in dangerous ways when used for recreational purposes. In effect, legal amphetamines carry just as a high risk for abuse, dependency and addiction as crystal meth and cocaine.

According to the National Institutes of Health, part of the reason why amphetamine’s use as a medical treatment has decreased has to do with the neurotoxic effects of the drug over time. In addition to the abuse and addiction potential, legal amphetamines destroy brain cell structures when used for prolonged periods. As brain cells deteriorate, the brain’s structures and chemical processes take on the characteristics of a diseased environment that’s all but incapable of functioning at a normal level.

As cell structures weaken, they become less sensitive to amphetamine effects. As a result, users have to keep ingesting larger doses to experience the same desired effects. This cycle will continue for as long as person continues to abuse the drug. 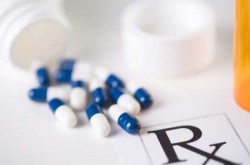 Ongoing use of amphetamines causes brain chemical imbalances to develop, which accounts for the appearance of withdrawal effects in chronic users. Withdrawal effects typically take the form of –

Effects on the Brain Reward System

Legal amphetamines increase dopamine levels throughout the brain, and in turn skew the brain’s reward system. These interactions play a pivotal role in the addictive effects of amphetamines.

People who abuse legal amphetamines on a regular basis will likely develop a psychological dependency on the drug’s effects. A psychological dependency takes root in the cognitive and emotional centers of the brain soon after a physical dependency develops. In effect, ongoing chemical imbalances have altered brain processes to the point where users come to believe they need the drug to survive and function in everyday life.

All-in-all, there’s really no distinction to be made between illegal and legal amphetamines considering the effects amphetamines in general have on the mind and body.