The Legal Use of Amphetamine

Amphetamines span a wide range of products and drugs, both legal and illegal. In spite of their high potential for abuse and addiction, the legal use of amphetamines in prescription drugs and over-the-counter remedies continues.

Nonetheless, amphetamines do carry certain medicinal properties that can be of benefit up to a point. For people struggling with ADHD, narcolepsy and obesity, the use of amphetamines may be of some benefit, though long-term use of these drugs tends to cause more harm than good.

Amphetamines affect the brain in key areas in targeted ways. These effects can be of good in cases where a pre-existing chemical imbalance exists. For people with no pre-existing imbalance, the potential for abuse and addiction runs that much higher.

Certain dosage precautions must be taken when taking amphetamines because of their potential for abuse. The legal use of amphetamines, while beneficial for some, poses definite risks for the population as a whole.

As a group in general, amphetamine drugs stimulate the body’s central nervous system. Most amphetamines are synthetically made, so different formulations can produce varied effects and treat different types of conditions.

Examples of legal amphetamine drugs include:

According to the University of Maryland, amphetamines belong to the Schedule II class of controlled substances due to their potential for abuse and addiction. Schedule II class drugs carry the highest potential for abuse as far as legal drug substances go. This classification limits the use of amphetamines for medical purposes.

Even without the actual amphetamine ingredients, over-the-counter imitations still carry a risk for abuse and addiction. 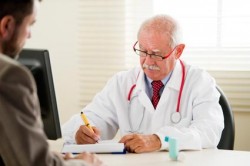 Your doctor may prescribe amphetamines to you to treat ADHD or narcolepsy.

Exceeding recommended dosage amounts opens users up to the adverse effects of the drug, some of which include:

Overall, the risks involved with taking these types of drugs continue to spark controversy regarding the use of amphetamine for medical purposes in general.