Meth is one of the fastest growing drug issues in the United States. Not only is it highly addictive, the mainstream media glamorizes it and turns it into popular television. The truth is that not only is the drug dangerous, it is dangerous to manufacture. Like most drugs, meth hurts individuals, families, and communities. According to the National Institute on Drug Abuse, Meth is manufactured right here in the United States as well as Mexico. Officials often refer to meth labs as superlabs or clandestine labs. In order to understand how dangerous meth labs are it is important to understand the manufacturing process. Only then can you fully understand the physical and social dangers of meth labs as well as how to recognize one in your community.

The meth manufacturing process is part of what makes meth labs dangerous. Methamphetamine manufacturing involves a variety of toxic and household chemicals. A few of these chemicals are:

Although many of these chemicals are toxic by themselves, they are even more toxic when combined. In order to manufacture meth, you need some chemical knowledge and a laboratory setup to cook down these items.

Physical Dangers of Meth Labs in the Community

The cooking process produces toxic fumes that are extremely dangerous. These toxins cause permanent damage to the respiratory tract and brain. The ingredients are flammable, corrosive, and highly reactive once a manufacturer combines them. Most of the time cooks (the term for people who manufacture meth), are not chemists and are usually on what they are producing. This leads to mistakes which are often deadly.

The residue left from even a defunct meth lab lasts an unknown amount of time. It can potentially cause help problems for people weeks, months, or even years later. This residue from a cook coats everything including the vents of air conditioners, floors, walls, ceilings, furniture, and appliances. It is almost impossible to clean off.

On top of this the production of a one pound of meth can produce five to seven pounds of toxic waste according to the University of Nebraska, Lincoln. When meth labs are shut down, a cleanup crew comes in and scrubs the area. Unfortunately, this is an extremely costly and time consuming process which holds no guarantee of being effective.

Social Dangers of Meth Labs in the Community 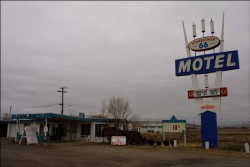 The physical dangers of a meth lab are extensive as are the social dangers. Although meth manufacturers can set up a lab just about anywhere, there are a number of common places. These places are:

These places are often in areas where people who have nothing to do with the meth trade frequent. A criminal element tends to congregate around areas with meth labs. This element causes untold damage to a community.

Another social issue with meth labs comes into play because the people who manufacture meth fear capture and arrest. This makes them extremely jumpy and dangerous to be around. Because many meth labs are inside communities with other people, the possibility of collateral human damage is relatively high. There is also the chance of innocent people being caught in the crossfire when law enforcement conducts a raid or stops the meth lab.

How to Recognize a Meth Lab in your Community

Meth manufacturers are very sneaky when it comes to hiding their labs. Sometimes they are hidden in plain sight but there are telltale signs that a business, residence, apartment, or motel is an active meth lab. These are:

Although these are signs of illegal activity, particularly meth manufacturing, they are also signs of people who like their privacy. In either case it is best to inform law enforcement rather than confront them directly.

What to do if you Find a Meth Lab

If you happen to stumble into what looks like a meth lab, it is important to know what to do.

If you suspect a meth lab in your community, it is important to report it to the proper authorities. As you can see, meth labs are dangerous in more than one way. They can easily cause property damage, loss of life, and serious injury if left to thrive.