Methamphetamine, also known as meth, crystal meth, ice or chalk, is an illegal drug that is used by millions of Americans each year. Methamphetamine addiction is extremely hard for a person to overcome being that methamphetamine is highly addictive and will effect a person’s body both mentally and physically when they come off of the drug.

Methamphetamine is a crystalized white powder that is easily dissolvable in a drink. People can add the drug to their drinks or they can snort, smoke or inject the drug through a needle. Methamphetamine is a fast acting stimulant that will create a euphoric rush through a person’s body providing them with a pleasurable warm feeling. This euphoric rush can last up to thirty minutes but is usually short lived.

Although methamphetamine is a stimulant its effects are a bit stronger than cocaine or amphetamine. Cocaine is quickly removed from and almost completely metabolized in the body, whereas methamphetamine has a much longer duration of action, and a larger percentage of the drug remains unchanged in the body; therefore methamphetamine remains in the brain longer, which ultimately leads to prolonged stimulant effects. 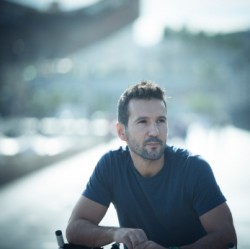 Don’t let your methamphetamine addiction get any worse. It’s time to get the treatment you deserve!

Methamphetamine addiction plagues the live of numerous Americans many of which never seek out help, but for the ones that want to stop before the drug destroys their lives completely, there are many options available.

Going through the withdrawal symptoms of methamphetamine may be difficult but with the proper help a person can succeed and regain normality in their life again. The largest impact that methamphetamine has on a person’s body is its power on the dopamine in the brain. Since the drug increases dopamine in the brain it will deplete the chemical once the drug is no longer in a person’s system. If this is done numerous times throughout a person’s life, especially on a daily basis, then a person may have a difficult time creating dopamine again.

Without the proper levels of dopamine a person will feel unhappy and depressed. This is the hardest part for many methamphetamine addicts to overcome once they get off of the drug.

The physical withdrawal symptoms typically pass within the first week of detox, but the psychological symptoms can last much longer.

A person should incorporate therapy into their detox process if they would like to continue to stay clean. Therapy sessions will help a person deal with the psychological withdrawals of the drug and help a person to deal with their depression. Seeking help at in inpatient or outpatient rehab has proven very effective for helping people overcome their methamphetamine addictions and rehabs will provide resources for people to utilize once they leave the program to help them stay clean.