People often wonder what amphetamine withdrawal is really like; after all, amphetamines are often prescribed for common issues such as hyperactivity (ADHD) and even as an appetite suppressant.  Since it is considered a stimulant, many falsely believe that there are no dangers and that amphetamine is one of the tamer abused prescription drugs on the market.  Amphetamine withdrawal is no laughing matter; in fact, its withdrawal symptoms have been studied and recognized internationally.  According to the Department of Health via the Australian Government.

What are the Symptoms of Amphetamine Withdrawal

There are many withdrawal symptoms of amphetamine, many of which are strong enough to cause users to turn back to the drug for another fix.  Common symptoms of withdrawal include nightmares, anxiety and panic, decreased energy, excessive fatigue, extreme hunger, mood swings, and continued drug cravings.  Some users experiencing withdrawal may suffer through more severe symptoms like hallucinations, cardiac arrest, or even dehydration.

The symptoms and severity of withdrawal will be different with each person due to the longevity and intensity of the person’s addiction.

While some of the symptoms don’t seem bad on their own, they can be uncomfortable or even unbearable when the user starts experiencing them.  Nightmares are the most common symptom that all users experience and these nightmares can cause disrupted sleep patterns.  The National Institute of Neurological Disorders and Stroke have advised that sleep pattern issues can cause mental disorders, seizures, memory issues, and stunt growth hormones in children and young adults.  These symptoms coupled with other amphetamine withdrawal symptoms can quickly make a person uncomfortable and miserable within a short period of time. 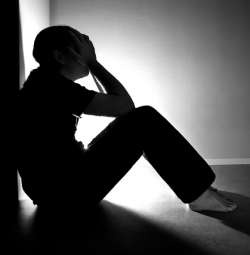 Withdrawal will make you irritable, moody and tired for a short period after stopping use of amphetamines.

Other withdrawal symptoms that most users will feel are anxiety, fatigue and depression. Because amphetamines are used as stimulants and give users a huge euphoric boost along with increased alertness, people find themselves unable to cope without those intense feelings.  Depression quickly sets in and the person will find they are unable to cope with their daily lives, which intensifies the drug cravings.  Since the intense alertness is also gone, the person will find that they feel fatigued and exhausted but are unable to get a good night’s sleep.

Sometimes a person will also experience an all over body ache, similar to having the flu.  Others will experience stomach pains as amphetamine withdrawal usually increases a person’s appetite in an extreme way.

Finally, there are some users who will suffer from even more severe issues such as psychological issues similar to schizophrenia.  They may feel extreme paranoia, have auditory and sensory hallucinations, and find themselves unable to cope with their daily lives.  These issues seldom come alone so they will also be coupled with the other common withdrawal symptoms.

How to Avoid Amphetamine Withdrawal

While there is no sure fire way to avoid amphetamine withdrawal, it is recommended that a person seek out medically assisted detoxification versus quitting on their own.  Medical professionals will be able to assist with the detox process and provide help for dealing with the withdrawal issues.