The Most Common Withdrawal Symptoms of Stimulants

The most frequently abused central nervous system stimulants are cocaine and amphetamines including methamphetamine. These drugs affect multiple brain functions and can damage structures which can have a major impact on the symptom logy, intensity, and duration of the withdrawal symptoms.

Stimulant abusers often binge on these drugs until they are exhausted or the supplies run out and they have unhealthy sleep, diet, and hygiene habits that can impair their physical health. Numerous physical and psychological impairments have been associated with stimulant use that can add to the severity and unpredictability of withdrawal symptoms of stimulants.

Many abusers are poly-substance abusers, abuse the drug by smoking, snorting, or intravenously and have disregarded clues to compromised health. They also have a variety of environmental and social problems that increase their risk of stress, guilt, shame, and lack of confidence coupled with the withdrawal symptoms, can exacerbate other withdrawal symptoms.

Dangerous withdrawal symptoms of stimulants in individuals with compromised physical health are: 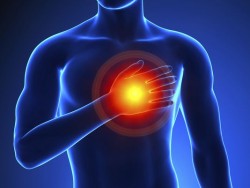 Stimulant withdrawal can cause cardiac arrest or arrhythmias.

Cravings for more stimulants can begin within minutes after the last dose. Stimulants produce intense euphoria which is caused by massive dopamine increases in the brain and because stimulants are able to block reuptake processes for dopamine, the brain remains flooded with it. Essentially, every little thought or event associated with stimulant use becomes “hard-wired” in the brain and the conditioning result in intensified cravings that can last for months.

During stimulant withdrawal some psychological symptoms may become increasingly more profound as the brain begins to readjust its compensations in response to the over-stimulating effects of stimulant use.

One of the most concerning and common withdrawal symptoms of stimulants is major depression. Depression and dysphoria increase the likelihood of suicide or harmful tendencies toward self and others. According to the Substance Abuse and Mental Health Services Administration, “the greatest risk from the distinctive stimulant abstinence syndrome is of doing harm to self or others.”

Other psychological symptoms may include: