Amphetamines are powerfully strong drugs, and users can quickly develop tolerance, which can lead to dependence, or becoming addicted to the drug. The heavier the drug use, the harder it can be to quit. Those that suddenly stop using it may experience amphetamine withdrawal symptoms that can be quite unpleasant for the user. Amphetamine abuse can result in physical and psychological complications, some which may be irreversible.

According to the Center for Substance Abuse Research, abuse of amphetamines, which can lead to tolerance and physical and psychological dependence, is characterized by consuming increasingly higher dosages, and by the “binge and crash” cycle, when users attempt to maintain their high by overindulging in these drugs.

What is the Timeline of Amphetamine Withdrawal Symptoms?

The timeline of amphetamine withdrawal symptoms may not be the same for everyone. Some factors that can determine how long symptoms last can depend on age of the individual, length of time taking the drug, the amount used, and possibly past drug use history. In most cases, the beginning of withdrawal symptoms can begin a few hours after the last dose of amphetamine was taken, and last from a few days to several weeks, or longer. 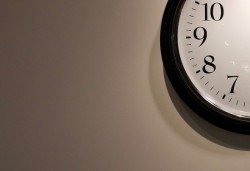 Amphetamine detox symptoms will subside within a few weeks.

The timeline can be more or less as follows:

Not everyone will experience a timeline of amphetamine withdrawal symptoms as listed above. Some individuals have experienced mild symptoms, while others have suffered health complications both physically, and mentally. An individual that suffers from a mental illness may have more difficulty managing symptoms that seem to linger on even months after the drug is out of their system. The safest way to deal with them is with the help of a medical professional that specializes in substance abuse.

What are Other Symptoms of Withdrawal from Amphetamines?

Symptoms may vary from one individual to the next. The more the drug was taken, the stronger and more dangerous they can be, and can include:

When an individual abruptly stops taking the drug without seeking professional help or treatment, there is no saying how negatively withdrawal can affect them. The safest way to overcome the unpleasantness of amphetamine withdrawal symptoms is under the supervision of licensed professional. Detox, medications, and other appropriate methods can be part of the treatment process.

The sooner a licensed substance abuse specialist is contacted, the quicker treatment can start. Whether it is for yourself, or someone you love-don’t wait long. A healthier lifestyle free from drugs can be achieved.