Amphetamines, be they prescription stimulants, cocaine, or ecstasy, exert a tremendous strain on the brain and body, driving users to engage in extreme forms of drug abuse that can potentially be deadly in effect. By the time a person starts engaging in binge-oriented drug-using behaviors, amphetamine addiction has come full circle, essentially taking over brain and body functions.

Drug abuse and addiction, in general, thrive on stress and pressure, not unlike the types of stressors that come with the holiday season. Likewise, bingeing behaviors only intensify in the face of the obligations that come with taking part in holiday traditions and festivities. For these reasons, the need for amphetamine addiction treatment becomes especially dire for someone struggling with addiction during the holiday season.

The Potential for Excess Drug Use during the Holidays

For most people, the holidays entail a range of activities and tasks that only take place during this time of year. Decorating, party planning, attending get-togethers, time with family and gift shopping all converge upon this time of year on top of the usual everyday work and home responsibilities.

Though intended to be a joyful time, these added pressures can agitate an existing amphetamine addiction to the point where drug intake amounts reach considerable proportions. In effect, the increase in drug may well be an attempt to gain relief from mounting pressures as well as ward off any difficult memories or emotions one may associate with the holiday season. 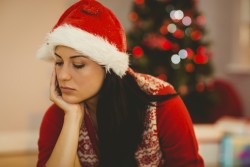 As a drug of abuse, amphetamines exert a tremendous strain on brain and central nervous system functions. Amphetamine effects cause considerable damage to the brain’s dopamine system, which regulates pain/pleasure sensations and learning, as well as to the centers that regulate emotions, according to the U. S. National Library of Medicine.

Over time, amphetamine effects cause extensive damage to brain cells while impairing their ability to communicate with one another. These developments all play into the drug’s addiction potential as the brain reward system succumbs to amphetamines damaging effects.

Before long, users must ingest multiple doses of amphetamines in short periods of time in order to experience the desired effects of the drug. This practice is known as bingeing. According to the University of Maryland, bingeing eventually depletes the brain of neurotransmitter supplies at which point users reach a point of total exhaustion, also known as “crashing.” It’s not uncommon for a person to sleeping for days at a time after a bingeing episode.

With the stress of the holidays mounting with each passing day, someone struggling with amphetamine addiction can easily fall into a bingeing pattern. Considering how amphetamines produce powerful stimulant effects, these conditions place a person at considerable risk of heart attack, stroke and even sudden death.

The Need for Amphetamine Addiction Treatment