Ritalin addiction can start innocently enough.  Many children are prescribed Ritalin to help manage symptoms of Attention Deficit Hyperactivity Disorder.  Well-meaning, but overworked parents may look to this little white pill for help in managing the challenges of life.  In the 40’s and 50’s, Ritalin was marketed as a “pep” pill.

Busy and tired moms and dads could be enticed by the idea of adding a little pep to their daily step.  Ritalin acts as a stimulant making it easy to stay awake longer and get more done during the day.

Reward Centers in the Brain

Ritalin acts directly on the reward centers in the brain. By blocking the reuptake of dopamine, the pleasure chemical, levels build up in the synapses of the brain improving alertness and productivity.  It seems strange that a stimulant would improve focus and decrease hyperactivity symptoms; however, methylphenidate drugs also increase production levels of serotonin, resulting in a calming effect in those with ADHD.

Ritalin can be highly addictive, particularly for people taking the drug who are not treating a specific ailment like ADHD or narcolepsy.  Because Ritalin is chemically very close to the compound make-up of cocaine, the side-effects of use and abuse are similar.  One specific side effect includes decreased appetite. 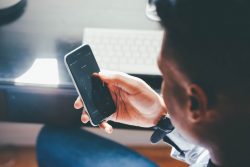 Call our helpline to find the best Ritalin addiction treatment program for your needs.

Some doctors initially prescribed methylphenidates to aid weight loss.  Ritalin toxicity can cause extreme anxiousness, confusion and hallucinations.  Methylphenidates abuse also results in unexplained anger and aggressiveness.  Abuse of this potent stimulant can even cause cardiac symptoms.

Who Are Ritalin Addicts?

Any person can become addicted to methylphenidates, but some people have a greater propensity toward addiction than others.  Psychologists have long noted differences in types of people who use drugs.  The debate is ongoing as to the difference between a drug abuser and an addict, but a few things are achingly clear.

“Speed”, “uppers” and the like are incredibly addictive because of the way they work in the brain’s amygdala.  This small, almond-shaped organ in the center of the brain affects emotions and motivation.

Taking the drug helps a user feel sensations of euphoria, while not taking the drug brings fear and anxiety.  This dynamic is a set up for addiction, regardless of a person’s ethics, morals or intelligence.

Do I Need Help?

Stopping any addictive substance can be difficult and dangerous.  Ritalin cessation is no different.  Further, people addicted to methylphenidates generally need help because of the withdrawal symptoms and tendency toward relapse.  Recovery experts agree that one or more of the following may indicate an addiction:

Treatment of Ritalin addiction is not a solo-endeavor.  Depending upon the level of addiction and length of time a person has been using methylphenidates, different treatment options may be recommended.  Professionals note that successful addiction treatment options address the physical, mental and emotional aspects of the recovery seeker of Ritalin addiction treatment.  A variety of programs are available.  By calling 800-768-8728(Who Answers?), our helpful and compassionate staff awaits to outline the best recovery options for every individual.