Is Heavy Amphetamine Use Really Dangerous?

Amphetamine and other drugs under the blanket term of amphetamines (dextroamphetamine, methamphetamine, etc) are sometimes part of very helpful treatments for individuals with issues like ADHD or narcolepsy. For the most part, though, these medications are given in low doses, and patients are told not to exceed the dose given by their doctors. People still do abuse the drugs constantly though for the euphoria and alertness that they can cause.

Abusers will often continue to take amphetamine in higher and higher doses after becoming tolerant to its effects. These high doses are also usually necessary to cause euphoria and other desired effects. Therefore, it is important to ask: is heavy amphetamine use really dangerous?

What Constitutes Heavy Amphetamine Use?

Heavy amphetamine use should mean any type of use of the drug that is:

When someone uses amphetamine heavily, it means that they are taking the drug more than they should and in higher doses. This is extremely common both with abusers who take amphetamine in order to study and those who take it to enjoy parties more. According to the OCW, “Amphetamine is gaining popularity with college students across the nation” and “second only to marijuana in [its] popularity with this age group.” Most individuals who abuse amphetamine do so in heavy doses.

Is Heavy Amphetamine Use Dangerous? 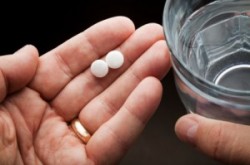 Amphetamine is a dangerous drug when used heavily.

Amphetamine overdose is completely possible as a result of heavy amphetamine use. Whenever anyone takes too much of the drug, they are at risk of amphetamine overdose and possibly even death. According to the NIDA Teen, “Taking high doses of a stimulant can raise a person’s body temperature to dangerous levels and make the heart beat irregularly. This can lead to seizures, heart failure, and death.”

All of these issues are possible when it comes to heavy amphetamine abuse. Like any other drug, overdose can occur and, in the case of amphetamines specifically, can be deadly. Here are the signs of amphetamine overdose:

If you notice any of these signs in someone who has just taken a large dose of amphetamine, call 911 immediately as they could be in danger of becoming comatose or even dying of heart failure. Amphetamine overdose is one of the deadlier overdose syndromes.

Other Dangers of Heavy Amphetamine Use

Long-term and heavy use of this drug can cause behavioral and psychological disturbances that can start as mild paranoia and become a full-blown psychosis. This issue is very similar to schizophrenia and can be dangerous because individuals do things that they would not normally do.

According to the NIDA, “Repeated abuse of some stimulants (sometimes within a short period) can lead to feelings of hostility or paranoia, even psychosis.” Amphetamine abuse in heavy amounts can cause this issue, and some of the dangerous symptoms are:

Amphetamine-induced psychosis is temporary but can cause a person to act irrationally, even dangerously. For their safety and the safety of others, some individuals even have to be restrained during withdrawal as a result of the psychosis. It is best that the person is brought into addiction treatment or detox right away before the situation worsens.

As stated by CESAR, “Abuse of amphetamines… is characterized by consuming increasingly higher dosages, and by the ‘binge and crash’ cycle, when users attempt to maintain their high by overindulging on these drugs.” In many cases, this behavior can lead to overdose and worse issues, as the individual keeps taking more and more of the drug, usually without sleeping or eating very little.

Then, “when binge episodes end, the abuser ‘crashes’ and is left with severe depression, anxiety, extreme fatigue, and a craving for more drugs.” This can be dangerous in many ways leading possibly to

Withdrawal from amphetamine is always intense and can include cravings that last for longer than treatment. If one can help it, it is much less dangerous not to go through amphetamine withdrawal and to taper off the drug instead of stopping it altogether, which can be very dangerous

Many individuals abuse amphetamine purposefully in order to lose weight, but the drug is addictive so tolerances will develop. People often take large doses of the drug after they have been abusing it for a while, and it begins to cause them to have no appetite whatsoever. This can then lead to extreme weight loss, malnutrition, and the other issues that go along with them. Individuals can be in physical danger from this effect, becoming sick or worse.

Other dangerous effects of heavy amphetamine abuse are:

Addiction is also a common effect of taking amphetamine in high doses which can come on even more quickly in this case. Addiction is extremely dangerous and can cause problems in every area of your life. If you believe that your heavy amphetamine abuse is not dangerous, consider the possible consequences of such and realize how dangerous it really is.