As one of the many stimulant-based substances on the market, bath salts have quickly become a serious public health threat across the country. According to the University of New York at Buffalo, the number of calls to poison control centers involving bath salts went from zero in 2009 to 304 in 2010 to 6,138 in 2011. While the name “bath salts” may seem harmless enough, these substances have nothing to do with their implied meaning.

The name “bath salts” is essentially an advertising ploy designed to get around existing drug laws and sell illicit substances in plain view. Bath salts, also known as cathinones, exist as synthetic formulations of amphetamines, cocaine and ecstasy, according to the National Center for Biotechnology Information. In effect, bath salt abuse produces all the adverse effects associated with stimulant abuse in general.

Much like ecstasy and cocaine, bath salts work to enhance the senses which makes for a popular party drug. People of all ages, from teenagers to forty-year olds, engage in the recreational use of bath salts. 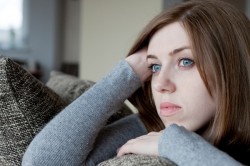 Crashing from a bath salt binge can cause suicidal thoughts and actions.

While bath salts work in much the same way as cocaine, these designer drugs are considerably more potent. For comparison purposes, snorting one line of bath salts produces the same effect as 10 lines of cocaine.

As with cocaine, the brain quickly develops a tolerance for bath salts, so the “binge and crash” cycle characteristic of cocaine abuse likewise occurs with bath salts. Whereas someone who crashes after a cocaine binge will likely sleep for days, crashing from a bath salt binge can bring on episodes of violent behavior, delirium and suicidal ideations.

As brain tolerance levels increase, users tend to take increasingly larger drug doses. Once bath salt dosage amounts reach a certain point, users enter into a state of delirium, which can cause extensive damage throughout the body, including kidney failure, increased body temperature and the breakdown of muscle tissue.

Other serious effects of bath salt abuse on the body’s systems include:

It’s not hard to see how the dangers of bath salt abuse can lead to death as these drugs place an enormous strain on the body’s major systems in general.

Considering the dangerous effects of bath salts on the brain and body, the need for treatment becomes more pressing the longer a person engages in bath salt abuse. If you or someone you know struggles with bath salt abuse and have any questions about bath salt addiction, please feel free to call our toll-free helpline at 800-768-8728(Who Answers?) for more information.