Amphetamines can a beneficial part of an overall treatment plan for ADHD, narcolepsy, or other disorders. However, the abuse of these substances is currently very high and always very dangerous. Those who use amphetamines for purposes other than that which they were prescribed have the potential of encountering many consequences including stimulant-induced psychosis, physical and psychological dependence, tolerance, addiction, and possibly even death. 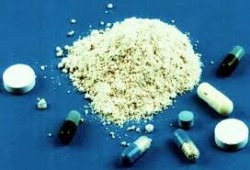 When used in any way other than as prescribed by a doctor, amphetamines are very dangerous.

Because these drugs can cause the same issues as other, illegal amphetamines when abused, the NLM states they are “habit-forming” and urges users not to “take a larger dose, take the medication more often, or take it for a longer time than prescribed.” Any of these actions can be extremely dangerous; the abuse of these drugs can lead to intense addiction which is why anyone on an amphetamine prescription should be extremely cautious in dosing and should fully understand the potential repercussions of taking these medications in any way other than prescribed.

If you can’t control your use of amphetamines you may need professional help. Call 800-768-8728(Who Answers?) toll free for help finding treatment.

What are the Effects of Amphetamines?

Amphetamines can have many effects on an individual including appetite suppression, “increased wakefulness, and increased focus and attention” (NIDA). While these effects may seem desirable, amphetamine drugs (especially in high doses) can also cause hallucinations, paranoia, mania, and in some cases stroke and heart attack leading to the user’s death.

People become addicted to amphetamines very quickly, whether they snort them, ingest them orally, or take them through another method. Many people start taking amphetamines desiring the effects they cause and end up with extremely dangerous side effects. And, because they become addicted so rapidly, they will often not be able to stop and will take more of the drug each time as a product of their tolerance to it.

The Abuse of Amphetamines

We can help you find the treatment you need to quit using amphetamines today. Call 800-768-8728(Who Answers?) toll free.

What Can I Do?

Amphetamine abuse is dangerous and harmful, both to those who take the drug and those in the lives of the abuser. And because amphetamines can cause intense physical and psychological effects the higher the dose is and the longer the individual has been taking the drug, those who abuse amphetamines should be treated as quickly as possible.