7 Reasons to Say No to Amphetamines

According to the National Institute on Drug Abuse, amphetamines such as ADHD medication are extremely addictive stimulants. If that is not reason enough to say no to them, there are many more.

1. Users Underestimate the Dangers and Addictive Power of Amphetamines

Too many people underestimate what amphetamines can do to them. You start taking them to stay awake or for the energy and before you know it you are addicted to them. Since they are seemingly innocuous, they are easy to underestimate. They do not produce the powerful effects of some other drugs and come in prescription form, so many people do not see the dangers until it is too late.

2. They Cause your Body to Waste Away

It is easy to tell when someone is addicted to amphetamines. From the very moment you start on them your body starts to decay. Amphetamines speed up your metabolism beyond the fat burning point. After the fat is gone, they begin to burn muscle and once they are done with the muscle, they start on other vital tissues.

3. They Cause Irreversible Heart Damage 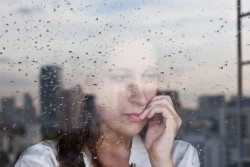 Amphetamine use can lead to amphetamine induced obsessive compulsive disorder.

4. Amphetamines Have their Own Section in Mental Health Diagnostics Manuals

You can wind up with many of these disorders by only using amphetamines a few times. You do not even have to be a heavy user for any one of these to become a problem.

Many amphetamines cause your body to dehydrate which damages your kidneys and your appearance over time. Although your hair, skin, nails, and teeth can be repaired, many times your kidney’s and bladder cannot. Chronic amphetamine users often end up with kidney damage so severe that you end up losing a kidney or on dialysis.

6. Amphetamines can cause Paranoia, hallucinations, and delusions

Different from the amphetamine induced disorders, the paranoia, hallucinations, and delusions caused by amphetamines are not diagnosable, treatable disorders. This set of symptoms makes you suspicious of everyone around you. It causes you to fear your friends, your family, even your neighbors.

This feeling of paranoia can come along while you are high on amphetamines or it can happen after you come down. It can also be present during both. Many amphetamine users experience this particular set of symptoms. Sometimes these feelings of persecution and paranoia become permanent.

7. Treatment is Not Difficult to Find