10 Adderall Abuse Signs You May be Overlooking

Some signs of Adderall abuse are extremely obvious and well-known. Issues like overactivity, mania, tremors, and dilated pupils are more obvious to those attempting to prove the existence of an Adderall abuse syndrome in a loved one or patient. But because these signs are so established, others are often overlooked. Here are ten signs that are clearly indicative of Adderall abuse which can be ignored (and shouldn’t be).

Adderall abuse can cause a person to become overactive and excited often, especially because the drug promotes wakefulness and energy even when taken in small amounts. According to CESAR, it will also cause a person to develop symptoms of a superiority complex which will be especially obvious when they are intoxicated. “Unrealistic feelings of cleverness, great competence, and power” are common with this abuse syndrome and should be noted. This is extremely important if the individual has never displayed signs of this kind of fixation or behavior before.

It can make a person feel good or more energetic when they start to lose weight. However, doing so quickly and without the regular routine of diet and exercise can mean that there is something wrong. Many individuals abuse Adderall because it can cause weight loss, but this occurs as a result of the drug’s appetite suppression. The NIDA states, this can lead to “malnutrition and its consequences.” It is important to take notice of this kind of sudden and inexplicable weight loss as it can be a sign of Adderall abuse.

For whatever reason a person starts abusing Adderall, they will fall into a pattern of doing so often, which will make them less likely to spend time around people who do not approve. A change in friendship circles may point to this kind of drug abuse, especially if the new individuals are drug users too. The person will likely neglect old friends for these new ones which will cause a rift in their social circle. 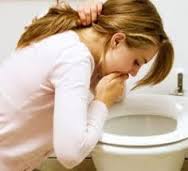 Adderall abuse can cause constant sickness.

Taking Adderall chronically when not prescribed to do so can cause reduced immunity. This is “due to malnutrition and lack of sleep,” according to the Better Health Channel. It will also lead to the individual getting sick much more often, either with colds, the flu, or other common issues. This is a dangerous sign of Adderall abuse, especially for someone who was did not become sick as often in the past.

5. Opioid or Prescription Depressant Use

“The need to use other drugs, such as sleeping tablets,” is common among Adderall abusers who have been taking the drug for a very long time. Adderall causes intense side effects which the individual may try to medicate with other drugs. For example, users sometimes take aspirin or acetaminophen constantly in order to combat headaches, and others will take sleeping pills like Ambien to force themselves to sleep after being on Adderall for too long. This kind of behavior is often overlooked and is especially dangerous as it could lead to polydrug addiction.

Another little-known symptom of Adderall abuse is a sudden tendency toward panic attacks. According to the NLM, “Panic attacks can not be predicted” and may involve sweating, trembling, palpitations, nausea, and feelings of being choked or choking. Abusing Adderall can cause these attacks to become a more constant occurrence, and the disorder that is associated with them (referred to as panic disorder) can often become a comorbid issue for someone who is also abusing amphetamines.

This is a common side effect of drug abuse, especially any stimulant-based drugs like ecstasy, methamphetamine, or even prescription medications like Adderall. A person who abuses these drugs will feel more at ease in social situations and less shy, another reason why many people start taking them in the first place. However, this can lead to dangerous behavior and risky sexual practices as well as other problems.

8. Disorders of the Skin

Those who abuse Adderall will begin to pick at the skin as a result of long-term, chronic use, an issue that is also caused by methamphetamine. This occurs because the user feels itchy much of the time and may eventually become plagued by hallucinations of bugs burrowing under the skin. Sores like these are a sign that the person’s Adderall abuse has progressed far beyond the occasional hit and indicates they are more than likely already addicted to the drug.

In addition, acne and other skin disorders can occur, mostly because the individual will not be taking care of themselves. They will also experience illness from their weakened immune system, making their skin less healthy and more susceptible to disorders that manifest in a visible way.

Many people understand stroke and heart attack to be the main dangers when a person overdoses on Adderall. However, seizures can occur both during an acute Adderall overdose and when an individual has been abusing the drug in high doses over time. Someone undergoing a seizure should be spoken to calmly and supported (not forced to bite down on something as this could be dangerous). Still, this is a serious side effect of amphetamine abuse, according to the NLM, and should be treated right away.

“Changes in vision or blurred vision” are another common sign of Adderall abuse that is often overlooked. Many individuals will attempt to pass it off as an issue for their optometrist when really it is being caused by their excessive Adderall use. Any changes in vision that occur simultaneously with someone’s consistent Adderall use should be considered a sign that abuse may be involved, as it is one of the more serious side effects of the drug. It can also lead to accidents if the individual ignores the issue.

These signs are often overlooked and can be the warnings which occur before more intense issues start to surface. If you notice your loved one who uses Adderall beginning to exhibit the signs listed above, it is likely that they are abusing this drug consistently and often, for which they may need professional substance abuse treatment.