Stimulant drugs in general fit in nicely with the American “can do” motto as productivity and efficiency remain sought after qualities within American society. Adderall, a powerful psychostimulant medication, not only treats ADHD and narcolepsy conditions, but also offers a considerable energy boost to most anyone who tries it.

Like most prescription stimulants, Adderall is derived from two powerful amphetamine-based substances: dextroamphetamine and levoamphetamine, according to the University of Southern California. Unfortunately, long-term drug use in any form is bound to alter the body’s biochemistry in one way or another.

Adderall can cause significant changes in brain biochemistry, as well as in the overall health of the body. These changes take on a snowball effect that makes it difficult to properly manage dosage amounts and frequency of use. When not taken as prescribed, users may be unable to stop using the drug without Adderall withdrawal treatment help. 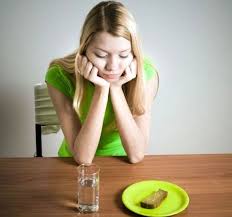 Adderall addiction is associated with a withdrawal syndrome which includes fatigue and loss of appetite.

Here are 10 signs to watch out for is you’re wondering whether Adderall withdrawal treatment is necessary:

1. Irritable Most of the Time

Irritability develops as just one of the signs of a growing Adderall addiction and only gets worse the longer a person continues to use.

After a while, Adderall abuse starts to interfere with a person’s cognitive functions making it difficult to think clearly for any length of time.

Not surprisingly, repeated attempts to stimulate the brain with Adderall result in a disrupted sleep cycle. This sign in particular further worsens a person’s overall physical and psychological health.

The brain’s ability to regular movement and coordination breaks down as Adderall’s effects take over. In turn, users experience tremors and shaking in the extremities.

Impulsive control is yet another function managed by the central nervous system. As Adderall essentially “fries” brain cell functions, a person’s ability to control his or her impulses and emotions diminishes with time.

As withdrawal effects worsen in intensity, drug cravings grow stronger. Overwhelming drug cravings can quickly become an obsession once Adderall addiction takes root. Adderall withdrawal treatment provides the type of physical and psychological supports a person needs to overcome the urge to use.