Adderall detox symptoms can make a person experience one of the worst feelings they will ever go through. It is not about the pain; it is a mixture of the mental, behavioral, and physical symptoms that a person will experience when they stop taking Adderall after they have been abusing the drug.

Adderall’s main component is amphetamine which is a dangerous drug to take due to the serious health concerns that come with using the drug if not prescribed.

According to www.adderral.net, extreme psychological dependence and severe social disability have resulted in Adderall abuse. Abuse of amphetamines, such as Adderall, may cause a sudden heart attack even in those with no signs of heart disease.

It is illegal for any person to take Adderall unless it is prescribed to them. However, since Adderall can create such pleasurable feelings in people, it has become a popular drug for people to abuse and take illegally.

When a person decides to detox from Adderall there are a few symptoms that they should be prepared for. The first is depression. Adderall will impact a person’s brain chemistry by stimulating the pleasure section of the brain, especially when taken in high doses. 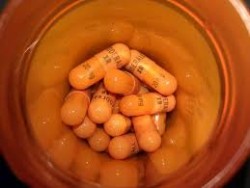 Detoxing from Adderall can be difficult – treatment centers can help!

When a person becomes addicted to Adderall their body will be used to receiving the drug on a frequent basis, which means that their dopamine and serotonin levels in their brain, which are part of the brain’s pleasure system, will have been stimulated on a frequent basis. Once a person stops taking the drug their dopamine and serotonin levels will be depleted causing them to feel sad and depressed. Depression is the number one most common symptom that a person has when detoxing from Adderall.

Another symptom they should prepare themselves for is sleep problems. Adderall is a stimulant and if a person has abused the drug heavily their brain chemicals will be off balance which will result in sleeping problems to occur, some people even suffer from hallucinations and extremely vivid dreams when detoxing from the drug.

A third symptom that is commonly seen when a person detoxes from Adderall is anxiety. A person’s body that has become dependent on Adderall will experience intense cravings for the drug once it does not get the drug. Anxiety and panic attacks are commonly seen due to the withdrawals and hardship that a person goes through when they stop taking Adderall after being addicted to the drug for a long period of time.

Other Adderall detox symptoms that people may experience once they come off of the drug include tremors, seizures, rapid mood changes, aggravation, nausea, headaches, muscles aches and paranoia.

It is noteworthy to state that people who are prescribed Adderall and take it according to their doctor’s instructions usually do not develop an addiction to the drug; Adderall addiction is commonly seen in people who abuse the drug. When a person who is addicted to Adderall decides to stop taking the drug, they should get help from a medical facility or rehab when they detox to ensure their safety.