What are the Side Effects of Snorting Adderall

Adderall is a widely prescribed amphetamine medication used to treat attention deficit hyperactivity disorder (ADHD) and narcolepsy. In therapeutic doses, taken orally, Adderall produces a calming effect in individuals diagnosed with ADHD and prevents the excessive sleepiness in those diagnosed with narcolepsy.

The side effects of snorting Adderall can be extremely dangerous and unfortunately, is a common way of abuse in those who wish to use Adderall for its stimulant effects and ability to enhance cognition, moods, and performance.

Snorting Adderall is a way of delivering the amphetamine drug quickly to the brain to elicit the effects faster and more intensely. Adderall is meant to be taken orally and only by those individuals for whom it was prescribed. Crushing and snorting the pills allows more of the amphetamine drug to elicit its effects increasing heart rate, blood pressure, and temperature to dangerous levels.

According to the Drug Abuse Warning Network between 2004 and 2011, “Among specific CNS stimulants, the ADHD drug amphetamine-dextroamphetamine (e.g., Adderall®) saw a 650 percent increase” in ED visits involving non-medical use of pharmaceuticals. 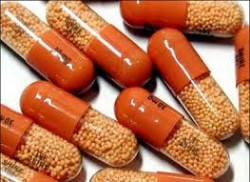 For many, the euphoria and expected enhancements of snorting Adderall outweigh any perceived risks and they will repeat this behavior multiple times adding to the risk of overdose, health risks, and addiction.

Adderall raises heart rate and blood pressures to dangerous levels when it is snorted. The side effects of snorting Adderall can have short term and long term consequences on the cardiovascular system including arrhythmias, hypertension, cardiac arrest, damages to the inner lining of the heart, heart diseases, and blood vessel damage.

Chest pains, difficulty breathing, increased or irregular breathing are side effects of snorting Adderall, but, long term pulmonary infections and respiratory failures can be deadly.

Hyperthermia is a common side effect of snorting Adderall that raises temperature levels, causes dehydration, and subsequently can cause vital systems and organs to shut down or function ineffectively. Without proper hydration, the user may become unable to control their body temperature or unable to sweat which is also a dangerous side effect.

Snorting Adderall leads to increased tolerance and dependence as more amphetamine chemicals are introduced into the brain and central nervous system. Withdrawal symptoms from amphetamines can be excruciatingly painful in the psychological sense and much longer than any physical ones. Amphetamine withdrawal has been known to increase suicidal and harmful tendencies, major depression, and exacerbate other mental health disorders such as amphetamine psychosis.

Amphetamine psychosis is a disturbing side effect of snorting Adderall which may include symptoms of extreme anxiety, panic, mania, paranoia, delirium, auditory, visual, or tactile hallucinations, and bizarre or schizophrenic-like behaviors.

Neurological systems are majorly affected by snorting Adderral and can lead to long term problems controlling anxiety, anger, aggression, paranoia, depression, or other emotions and behaviors.