Central nervous system stimulants provide a near immediate boost in confidence, energy and focus. Unfortunately, these benefits only last for so long before a person starts to experience the downside of the drug. Withdrawal symptoms from Adderall are a clear-cut example of how bad this downside can get.

Adderall, one of the more commonly prescribed amphetamine-type medications, offers people suffering from narcolepsy and ADHD relief from distressing symptoms. In spite of its medicinal properties, Adderall effects closely resemble those of cocaine though not as powerful, according to the University of Southern California. This similarity accounts for why people who abuse the drug so often experience withdrawal symptoms from Adderall.

Ongoing abuse of this drug will likely bring on some unwanted effects as withdrawal symptoms for Adderall can impair a person’s physical and psychological health. If at all possible, the sooner a person can take steps towards stopping Adderall abuse the better chance he or she has of preventing withdrawal symptoms from Adderall from getting worse. 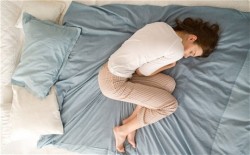 Physical symptoms can run the gamut in terms of the areas of the body affected by withdrawal. Symptoms develop in response to the degree of damage done to one or more bodily processes.

Over time, physical Adderall withdrawal symptoms may take the form of:

Adderall abuse causes unusually high levels of neurotransmitter chemicals to be released in the brain. With ongoing use, brain chemical imbalances develop. Over time, this condition alters normal chemical processes to the point where psychological dysfunction takes root.