People affected by narcolepsy, ADHD and obesity can benefit from levoamphetamine’s effects. While effective at treating these conditions, levoamphetamine also produces certain unintended aftereffects, such as euphoria, increased confidence and increased energy. These aftereffects account for the drug’s risk profile.

Levoamphetamine side effects and dangers come into play when the drug is abused or not taken as prescribed. Over time, these effects become more and more serious as the body develops a dependence on the drug. When left untreated, users place themselves at serious risk of developing any number of psychological and medical conditions. By far, the risk of overdose becomes the most serious of all levoamphetamine dangers, a risk that increases with each successive use.

According to the U. S. National Library of Medicine, prescription amphetamines consist of two sole ingredients: levoamphetamine and dextroamphetamine. Drugs, such as Ritalin, Adderall and Strattera produce different effects based on the how much of each ingredient each drug contains. Regardless of the dosage, levoamphetamine stimulates or speeds up the central nervous system. For some people, levoamphetamine side effects will develop regardless of whether they’re taking the drug as prescribed or not. 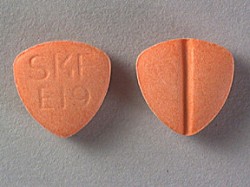 Levoamphetamine is used to treat narcolepsy, ADHD, obesity and other conditions.

In prescription form, levoamphetamine’s intended purpose works to restore the brain’s chemical balance in people affected by conditions like narcolepsy and ADHD. When abused, the drug’s effects disrupt brain chemical levels whether a person has one of these conditions or not.

Levoamphetamine side effects commonly experienced include:

The severity of side effects can vary depending on whether or not a person abuses the drug and how long he or she has been taking it.

Levoamphetamine’s addiction potential develops out of the brain’s growing dependency on the drug. The drug’s effects cause unusually large amounts of neurotransmitter chemicals to be secreted.

After a while, brain cells become unable to secrete these chemicals on their own. This process produces increasing drug cravings, another levoamphetamine side effect.

One particularly dangerous levoamphetamine side effect entails the binging practices users engage in once the body develops a high tolerance for the drug. Binging involves ingesting large doses of stimulants in rapid succession. This practice inevitably places users at high risk of overdose.

Symptoms of overdose may include:

The risk of death from stroke or heart attack increases considerably during an overdose episode as levoamphetamine effects become too much for the body to handle.