Phenylpropanolamine exists as prescription medication that’s used as a treatment for obesity and respiratory-related problems. Phenylpropanolamine belongs to the amphetamine class of drugs, many of which carry certain abuse and addiction risks.

When first developed in the early 1970s, phenylpropanolamine was marketed as both an over-the-counter remedy and a prescription drug. Since that time, reports of adverse reactions to the drug’s effects have resulted in pulling the product from store shelves.

As a treatment medication, phenylpropanolamine offers certain therapeutic benefits that may or may not exceed its potential for harm depending any one person’s medical history. According to the U. S. Food & Drug Administration, phenylpropanolamine produces a wide range of side effects, some of which can be serious and even fatal. For this reason, a public health advisory announced in 2000 has led to the gradual discontinuation of the drug altogether.

Here are just a few phenylpropanolamine side effects to watch out for: 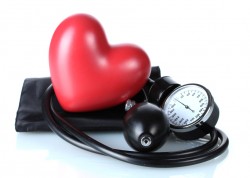 Phenylpropanolamine can have an adverse effect on cardiovascular health, leading to hypertension.

Phenylpropanolamine’s stimulant effects increase the body’s heart rate and blood pressure. For some people, these effects can bring on adverse reactions. Over time, the drug has a cumulative effect on the body, which places a person at risk of developing symptoms of hypertension.

Since phenylpropanolamine essentially interferes with the brain’s chemical processes, chemical imbalances can easily take shape over time. When this happens, the brain loses its ability to regulate heart functions as normal. Under these conditions, heart arrhythmias can develop as increased heart rates place excess strain on the heart over time.

One of the most serious side effects associated with phenylpropanolamine has to do with the potential for stroke. In effect, the ongoing strain placed on the arteries can promote plaque build-up. When dislodged, plaque materials can easily obstruct blood flow rates throughout the body and thereby increase the likelihood of having a stroke.

Phenylpropanolamine’s ability to speed up central nervous system functions set the stage for any number of side effects to develop over time. Nervous system-related side effects may take the form of:

In rare cases, the drug’s effects may predispose a person to having seizure episodes on a frequent basis. In effect, the risk of developing phenylpropanolamine side effects remains regardless of whether a person is abusing the drug or taking it for medicinal purposes.

Any drug capable of interfering with brain chemical processes can also disrupt the brain’s cognitive and emotion-based functions over time. Brain chemical imbalances brought on by phenylpropanolamine use will eventual affect a person’s overall emotional stability.

Possible psychological side effects of phenylpropanolamine use include:

When used for recreational purposes, the practice of combining caffeine with phenylpropanolamine greatly increases the risk of experiencing serious side effects, such as:

More than anything else, the risk of stroke is the most dangerous side effect from using phenylpropanolamine as this risk applies for anyone who uses the drug on a regular basis.