Ecstasy Withdrawal and the Need for Treatment

Ecstasy, also known as MDMA, belongs to two classes of psychoactive drugs: stimulants and hallucinogens. These properties make for a powerful drug capable of exerting considerable strain on the brain’s chemical processes and the body overall. If you’ve used ecstasy for any length of time, you’ve likely experienced the unpleasant effects of the drug already.

According to the National Institute on Drug Abuse, ecstasy’s amphetamine properties most resemble those of amphetamine, whereas its hallucinogen effects most resemble those of mescaline. With long-term use, the brain undergoes fundamental changes to its chemical pathways, so stopping drug use altogether comes with more than a few uncomfortable and sometimes dangerous effects.

For these reasons, the effects of ecstasy withdrawal warrant professional treatment as the detox process in and of itself can keep a person from following through on any intention to stop using the drug.

The surge in energy and feelings of euphoria brought on by ecstasy results from the massive levels of neurotransmitter chemicals released in the brain, most notably, dopamine, serotonin and norepinephrine. These chemicals play critical roles in regulating central nervous system functions as well as most every major system in the body. 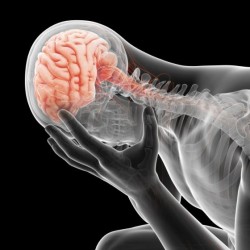 Hallucinations, depression and mood swings are side effects of ecstasy withdrawal syndrome.

After so many months of years of using ecstasy, the brain cells that release these chemicals deteriorate to the point where they can no longer function as normal. Upon entering ecstasy detox, the brain and body are left to pick up where the drug leaves off, which accounts for the oftentimes distressing withdrawal effects experienced, some of which include:

Addiction severity goes a long way towards determining how difficult the ecstasy withdrawal period will be. With regular ecstasy use, the brain develops an ongoing tolerance for the drug’s effects, driving users to steadily increase their intake amounts. These effects soon result in bingeing episodes where a person ingests multiple doses of the drug in short periods of time.

Under these conditions, someone entering ecstasy detox withdrawal may well experience any number of distressing symptoms, according to the U. S. Department of Veterans Affairs. Symptoms to watch out for include:

Without the needed treatment supports in place, the likelihood of a return to drug use runs high.

While the physical effects of ecstasy play a central role in driving the drug abuse cycle, the addiction aspect develops out of the mind’s growing dependence on the drug’s effects. This means, the mind remains dependent on ecstasy to cope with daily life even after a person stops using it.

Ecstasy withdrawal treatment programs administer behavioral interventions to help you undo the drug’s effects on your thinking and behaviors. Ultimately, undoing the psychological effects of ecstasy on thinking, emotions and behaviors lies at the heart of the addiction treatment process.

While it is possible to stop using ecstasy on one’s own, the damaging effects of the drug make ongoing abstinence near impossible to maintain. Overall, the more severe the addiction the more uncomfortable ecstasy withdrawal will be.

If you or someone you know struggles with ecstasy addiction and are considering getting treatment help, please don’t hesitate to call our toll-free helpline at 800-768-8728(Who Answers?) for more information on addiction or to get information on treatment programs in your area.