8 Consequences of Amphetamine Abuse You Don’t Want to Experience

When you are using amphetamines regularly, you can keep yourself in denial and ignore the possible negative consequences of your use, but it’s important that you open your eyes and face these scary possibilities. Your life may depend upon it.

Amphetamine causes strokes with similar characteristics and mechanisms to those produced by cocaine. In a chronic, heavy abuser, the stroke’s onset will fall within the first few hours after ingestion. Initially, you will feel a headache and over a short period it will become hard to focus and your consciousness will be impaired.

The most common type of stroke for amphetamine users is a hemorrhagic stroke, where you experience a brain aneurysm burst or a weakened blood vessel leak. Blood spills over the brain and this causes swelling and pressure, which damages cells and tissue. Forty percent of all stroke deaths can be attributed to hemorrhagic strokes.

Cardiac Arrhythmia is, essentially, a change in the rhythm of your heartbeat. The beat can become faster or slower or irregular. When the heart does not beat normally, it doesn’t pump blood effectively. When blood isn’t pumped effectively, the brain, the lungs, and other organs can’t function normally, and they may shut-down entirely. 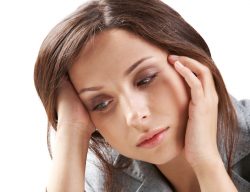 Abusing amphetamines can cause vitamin deficiencies.

Peptic ulcers, or holes/breaks in the lining of the intestine or stomach, affect one in ten people. They are caused by digestive juice eating away at the tissue lining. The symptoms will depend on the ulcer’s severity. However, all ulcers cause a burning sensation in the abdomen. The pain can become quite severe is not properly treated.

Amphetamine users will develop brain changes that are similar to those experienced by patients who have Alzheimer’s, brain tumors, or stroke. And the damage caused by the drug can still be evident on the user’s brain years later. The National Institute on Drug Abuse demonstrates that a brain exposed to amphetamine for 10 consecutive days will still show a dramatic decrease in brain activity four weeks after the usage stops. And, it can continue for up to a year.

In addition, brain changes can also increase feelings of isolation, aggression, and depression.

Because amphetamine dulls the appetite, users will eat less. In addition, drug addicts tend to overlook basic needs fulfillment because they are consumed by their addiction. In combination, these qualities lead to a limited diet and infrequent meals. This is why so many amphetamine addicts are incredibly thin. Sadly, this weight loss is also a signal that a proper diet is not being maintained, and therefore, the user is missing key nutritional components that they need. Over time, this leads to vitamin deficiency. Depending upon the vitamin, deficiencies can lead to serious health problems, like blindness.

Amphetamines (and all stimulants) affect the central nervous system. They also affect respiration. If used in excess, amphetamine can depress these systems and that leads to an oxygen deficit. If the brain is deprived of oxygen, a person can slip into a coma. Oxygen is necessary for brain function and cutting it off causes hypoxia (diminished oxygen) or anoxia (total absence of oxygen). The outlook for coma recovery is situation dependent and an amphetamine coma could have a positive prognosis or could lead to death.

Amphetamine can produce a psychosis that mirrors the symptoms of acute schizophrenia. Most commonly, it affects people who use their prescription amphetamine in a way other than that intended by the prescribing physician or people who take high doses of illicit amphetamine. Sufferers will experience auditory and visual hallucinations and delusions of persecution and reference. They will also be agitated, anxious, and unable to control repetitive movements.

Amphetamine overdose can lead to death. In some instances of use, amphetamine will cause heart attack, renal failure, stroke, coma, or hyperthermia (elevated body temperature) and these conditions will lead to the death of the user.

These consequences are scary, but you can avoid them by ending your amphetamine use now. Call Amphetamines.com and get the help that you deserve. Call 800-768-8728(Who Answers?) today.