Are ADHD Drugs Addictive (And How Do I Avoid Becoming Addicted)?

ADHD drugs can, unfortunately, be addictive when someone abuses them. In order to avoid any serious, negative consequences with the abuse of prescription amphetamines, it is very important to always take your medication exactly as your doctor prescribes it. If you have been misusing your medication, it may be time to seek treatment; call 800-768-8728(Who Answers?) today for help.

What Type of Drugs Are ADHD Medications?

Most ADHD medications are some type or modification of amphetamine, a prescription stimulant class that speeds up the functions of the brain and body. According to the National Library of Medicine, the combination of dextroamphetamine and amphetamine (which makes up the popular ADHD drug Adderall) “works by changing the amounts of natural substances in the brain.” In this way, these medications are able to help individuals who cannot focus and sit still for long periods of time gain more concentration and be able to function more easily.

However, people sometimes abuse these drugs because of the numerous effects they have on the brain and body. Those without ADHD sometimes take them to attempt to stay awake longer or to suppress appetite, and when taken in large doses, the drugs can cause a person to experience a euphoric high (National Institute on Drug Abuse). Unfortunately, these effects lead to the abuse of these medications by many individuals.

How Do ADHD Drugs Cause Addiction?

Both those individuals who take these drugs as prescribed and who abuse them often ask: are ADHD drugs addictive? They can be. Addiction to amphetamine drugs can occur quickly and become severe in someone who is misusing one of these medications. The ways in which people misuse these drugs are as follows: 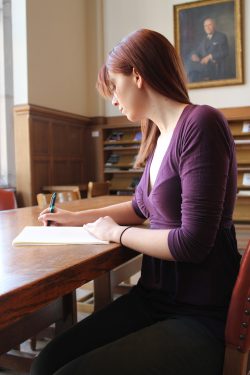 Taking ADHD drugs without a prescription can lead to addiction.

It doesn’t matter if you are taking ADHD drugs to study for a test or enhance your athletic performance: if you were not prescribed the medication, you are abusing it. In addition, those who are prescribed one of these medications sometimes misuse it as well, taking it for the wrong reasons or trying to tweak the amount they use in order to get high or create another unintentional effect.

These drugs create addiction when someone misuses them. This is because, after a person has been taking ADHD medications for a while, they will start to change the way the brain works. If a person is taking them as prescribed, they will likely just become dependent, which can be treated by weaning the individual off the medication after their need for it has ended. However, when someone has been abusing these drugs, their brain will start to crave the effects, leading to compulsive use.

How Do I Avoid ADHD Medication Addiction?

Do I Need Treatment for Addiction?

Sometimes, though, mistakes occur, and people abuse drugs even when they know dangerous things can happen. If you have been abusing your or someone else’s medication frequently, there is a possibility you could already be addicted. Seek help today by calling 800-768-8728(Who Answers?), and we will match you with a rehab program that will fit your needs.