How Amphetamine Tolerance Can Lead to Addiction

Amphetamines are central nervous system stimulants that are most often prescribed to treat ADD/ADHD. For individuals affected by these conditions, amphetamines are able to act on dopamine receptors in the brain to enhance focusing and produce a calming effect, but, the appeal for abuse by others comes from their ability to produce euphoria, energy, and enhanced performance.

According to the Institute of Medicine, “All drugs of abuse interact initially with receptor or reuptake proteins” and “initial effects lead to alterations in the levels of specific neurotransmitters, or to different activation states of specific neurotransmitter receptors, in the brain. The sum of such changes presumably triggers the longer-term effects of the drugs that eventually lead to abuse, dependence, tolerance, and withdrawal.”

We can help you find amphetamine addiction treatment. Call 800-768-8728(Who Answers?) toll free for help today.

The Neurotransmission Effects of Amphetamines

Our brains are made up of billions of nerve cells called neurons and a single neuron can affect a thousand others by stimulating or blocking the activities of neurotransmitters. This intricate communication process, known as neurotransmission controls everything we are and everything we think, feel, or do.

Amphetamines enhance the neurotransmitter, dopamine, increasing its release and blocking its reuptake which mediates the euphoria and pleasurable effects as well as reinforces rewards and motivations to repeat those behaviors. Amphetamines also stimulate the release of norepinephrine which normally helps to regulate mood, anxiety, sleep, sensory processing, memory, and movement. 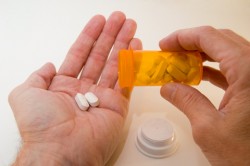 Tolerance leads to increased drug use which can turn into an addiction.

Amphetamine tolerance develops as neurons become desensitized to the amphetamine effects, some are damaged, and neurotransmitters become depleted resulting in the need to use more amphetamine to elicit the desired response. Increased tolerance leads to more drug exposures which increases the risk of dependence.

As the brain continues to adapt to the presence of amphetamines, many physiological changes occur and it continues to makes adjustments in how it responds to the drug. According to the National institute on Drug Abuse,” Because a neurotransmitter often stimulates or inhibits a cell that produces a different neurotransmitter, a drug that alters one can have secondary impacts on another.” When the person becomes dependent on amphetamines, they will need to continue using them or suffer adverse symptoms of withdrawal.

How Amphetamine Tolerance Can Lead to Addiction

Addiction is characterized by uncontrollable use despite the adverse consequences and dopamine has been implicated in the reinforcing actions of continued drug use. Any drug that increases dopamine levels has the ability to activate the “reward circuit” of the brain. Every time this reward circuit is activated by use of amphetamines, the brain reinforces the amphetamine use as a behavior that bears repeating like other basic survival behaviors. Increased tolerance increases exposure of amphetamines to the various dopamine receptors adding to the likelihood of dopamine reinforcement.