Is Home Detox for Amphetamines Safe?

If a person has developed an addiction to amphetamines then will continually use the drug because they will have uncontrollable cravings for the drug every time they do not have amphetamines. This can lead to numerous health problems in a user’s life since amphetamines are extremely potent stimulants and they significantly impair a user’s brain chemicals.

When person decides stop using amphetamines after developing an addiction to the drug, they will go through an amphetamine detox which can result in both physical and psychological withdrawal symptoms.

According to Meth.org.au, during the first three days of amphetamine detox a person will experience extreme fatigue, depression and increased sleep. In addition, during the first ten days of detox a person will commonly experience intense drug cravings and have, mood swings, anxiety, poor concentration, muscle aches, headaches, increased appetite and they may also experience hallucinations. Furthermore, it typically takes up to a month for a person to regain normal sleeping habits again. 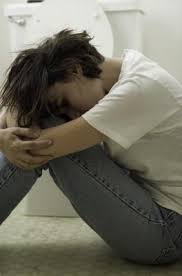 The withdrawal symptoms associated with amphetamine detox make it dangerous to undergo without supervision.

Is Home Detox for Amphetamines Safe?

Withdrawal symptoms from amphetamines will vary from person to person as they depend on a variety of factors, such as the length of time a person has been using or the amount of amphetamines they have been using.

Because the withdrawal symptoms of amphetamines are not consistent with every person, it is in a person’s best interest to not try a detox at home. In addition, amphetamines completely alter a person’s brain chemistry and when a person stops using them, their behavior may be unpredictable, which is another reason why a person should be medically supervised during detox.