5 Things you Did Not Want to Know About Amphetamines

Almost everyone had heard of amphetamines. They are a highly addictive stimulant that is responsible for the destruction of many lives. Those who experienced addiction know that it is a very dangerous drug.

Although everyone knows that illegal drugs are expensive, not many people understand exactly how expensive they can get. A bottle of the popular amphetamine Ritalin, costs around $30.00 legally. Once sold on the black market, usually to college students, this price increases to over $10.00. If someone has a habit, they will increase how much they use daily. Most people develop a tolerance very quickly; this increases the cost of the drugs exponentially. Although compared to other illegal and legal drugs this cost is relatively low it still grows extremely expensive over time.

2. Amphetamines were not used in Medicine until the Late 1920s

MDMA or ecstasy was designed to make a person feel more love. This meant at the time to look and feel more desirable and desirous. It was discarded for this purpose when it did not dilate the pupils enough, one known and obvious sign of sexual arousal.

3. People Who Abuse Amphetamines are More Likely to Binge Drink 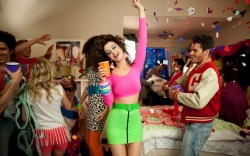 It is important to remember that this is not necessarily a causational one. Many of the people who abuse amphetamines are also college students who are more likely to binge drink on average. There is the fact that amphetamines make you thirsty, crave sugar, and are often used where alcoholic beverages are served so it is little wonder that it is associated with drinking and alcoholism.

The combined effects of alcohol and amphetamines is devastating to the heart, liver, and kidneys of the user. This effect can happen the first time that a person combines the two or the hundredth. There is no predictor of when death from this combination will occur except the fact that the probability goes up as the use goes up.

4. Many People Believe that Prescription Amphetamines are Safer than Street Amphetamines.

It is unfortunate that many people believe that prescription amphetamines are safer than the ones available on the street. It is true that prescriptions are manufactured under more sterile conditions, but they can still cause the same amount of short and long term damage as the illegally made versions of them.

The mistaken belief is that because they are prescription they are safe. Many people do not think about the levels of amphetamines they are taking or that they have the exact same side effects.

5. There is Help for Amphetamine Addiction