Amphetamines can cause many side effects that can be short-term or long-term depending on the frequency of drug use and the dosage levels. As stated by the National Library of Medicine, these side effects are: 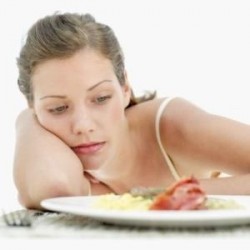 Amphetamines can cause dangerous weight loss due to loss of appetite.

Amphetamines also can cause severe side effects such as:

Severe side effects of amphetamines can also alter a person’s behavior or mood. The Better Health Channel states that “in high doses, amphetamines can make the user feel extremely nervous, anxious and irritable.” This can also lead to hostility and “feeling unusually suspicious of others” (NLM). Even hallucinations and mania can develop if the person is taking high enough doses of amphetamines.

Even when someone is prescribed amphetamines, the drugs are still often abused. People tend to take more than they should because the drugs curb their appetites, reduce their need for sleep, and help them focus. These seem like helpful things to students and people with lots of work and stress in their lives, but the drug has many dangerous side effects when used in large doses.

While people tend to become dependent on these drugs and believe that they can’t get things done without them, they might begin to take larger doses, thus causing them to become addicted. According to the Center for Substance Abuse Research, “abuse of amphetamines… is characterized… by the ‘binge and crash’ cycle, when users attempt to maintain their high by overindulging on these drugs.” The larger the dose, the more the person has to take next time, as he or she builds up a tolerance to the amphetamines.

Chronic use of amphetamines at high doses can lead to withdrawal symptoms if the person suddenly stops taking the drug. Withdrawal from amphetamines can cause “fatigue, depression, and disturbed sleep patterns” (National Institute on Drug Abuse). People undergoing these withdrawals can also experience nightmares and anxiety or panic attacks. In the “binge and crash” stage, many people take large doses to stay awake for a prolonged period of time and then sleep for days, experiencing withdrawals.

Prescription amphetamines are incredibly beneficial if taken in regulated doses and not abused. The drugs can become addictive, though, and the best way to fight that is to stay on the correct dosage and not to deviate from it. Especially when abused in high doses, amphetamines can become very dangerous to the user, resulting in hallucinations, seizures, and even death.